After partnership with MasterCard, Bakkt stock gets a boost

The shares of Bakkt rose on Monday after the business announced a partnership with Mastercard, which will allow Mastercard’s network of banks, merchants, and fintech to integrate cryptocurrency services into their products, allowing more users to use Bitcoin for purchases. 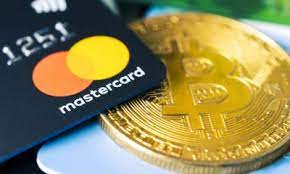 Bakkt Holdings, the digital asset platform that went public last week via a SPAC (special purpose acquisition company), was up more than 100% in early afternoon trading on Monday, when trading was paused due to unusually high volume.

The stock soared after the two companies announced in a joint statement that any of Mastercard’s vast ecosystem of banks and merchants in the United States will be able to issue branded crypto debit and credit cards, allowing consumers to buy, sell, and hold digital assets through Bakkt-supported custodial wallets.

Customers with Mastercard will be able to offer customers the option of earning and spending rewards points in cryptocurrency instead of loyalty points, as well as converting their cryptocurrency to pay for goods.

According to the press release, the alliance “extends Mastercard’s network of cryptocurrency partners, providing Crypto-as-a-Service, which gives instant access to cryptocurrency capabilities”. The agreement was initially reported on by CNBC.

Bakkt, a subsidiary of NYSE parent Intercontinental Exchange, allows users to store and spend cryptocurrency, hotel and airline reward points, and gift cards. Merchants who want to allow their customers to utilize cryptocurrency can also use the service.

In recent months, there has been a surge in interest in cryptocurrencies, with the flagship cryptocurrency Bitcoin hitting all-time highs earlier this month. According to the Bakkt U.S. Consumer Crypto Survey, nearly half of the 2,000 Americans polled said they purchased bitcoin in the first half of 2021.

Meanwhile, businesses are increasingly allowing customers to purchase goods using Bitcoins. According to Nancy Gordon, executive vice president of loyalty rewards and payments at Bakkt, “as brands and merchants look to appeal to younger consumers and their transaction preferences, these new offerings represent a unique opportunity to satisfy an increasing demand for crypto, payment, and rewards flexibility.”

Mastercard has been getting increasingly involved with cryptocurrency, most notably agreeing to buy CipherTrace, a company that scans blockchains for criminal activity.

However, the use case for a cryptocurrency (namely, Bitcoin) as a medium of exchange for goods and services is still evolving. “We have Bitcoin holders who believe it makes no sense to use it for purchases,” Mark Palmer, a fintech and cryptocurrency analyst at investment firm BTIG, said.

“One of the main concerns that have to be answered is how interested crypto holders are in participating in commerce,” Palmer continued. We’re bound to get more answers to that issue with collaborations like Bakkt’s and Mastercard’s.