Ola Electric, a Bangalore-based electric two-wheeler manufacturer, has unveiled its first ‘Hypercharger’ for charging its electric S1 scooter ahead of the November 10 launch of test drives. 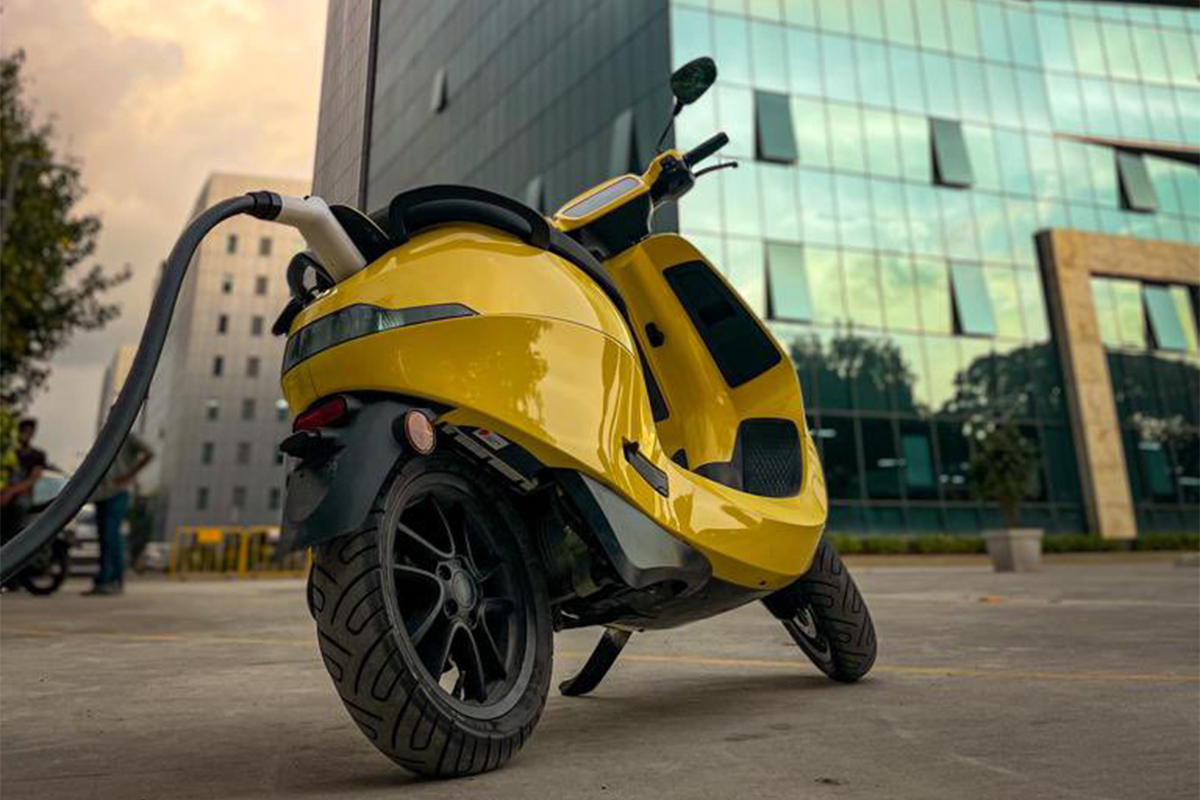 Ola’s Hypercharger Network, once completed, would include around 100,000 high-speed charging points across over 400 Indian cities and towns, making it the world’s largest and densest two-wheeler charging network. According to the company, the hyper-charger can charge its electric scooter batteries from zero to 50 percent charge in about 18 minutes, which is sufficient to go roughly 80 kilometers in range.

Bhavish Aggarwal, CEO of the EV Ola Electric, took to Twitter to share pictures of a Yellow S1 e-scooter getting charged by its Hypercharger.

The first @OlaElectric Hypercharger goes live 🙂 charging up my S1 after the morning trip 👍🏼 pic.twitter.com/MZFOXgDDEK

The company’s website provides a city-by-city plan of charging network locations, with the majority of Tier I and Tier II cities served by its charging network. The Hypercharger stations will have a multilevel design to serve multiple customers at the same time. The hyper-charger network can be used to charge Ola’s S1 and S1 pro scooters, which are priced at Rs 99,999 and Rs 1,29,999, respectively, ex-showroom. The company has no plans to no plans to expand its charging network to accommodate vehicles from other manufacturers.

The Ola S1 claimed a range of about 120 kilometers on a single charge. It comes in ten different colors and is driven by an 8.5 kW electric motor and a 3.97 kWh battery pack. The S1 Pro electric scooter, on the other hand, has a better range of 180 kilometers on a single charge courtesy of its larger battery pack. Both scooters’ batteries will be covered by a three-year, unlimited-kilometer warranty.

Last month, the Bangalore-based EV startup secured $200 million from Falcon Edge, Masayoshi Son’s SoftBank Group, among other existing investors, valuing the company at $3 billion. The company is also in talks with existing investors and some US-based bluechip tech funds to raise additional capital at a $5 billion valuation.

Ola Electric’s two-wheelers would face stiff competition from city-based competitors such as Ather Energy, Revolt, among others. In July of this year, Ather Energy inaugurated its tenth retail store in India, in the Delhi-NCR region, and launched 14 charging stations spanning Delhi, Gurugram, Noida, and Ghaziabad.

The Indian government has been promoting and subsidizing the adoption of electric vehicles through its FAME (Faster Adoption and Manufacture of (Hybrid and) Electric Vehicles) scheme, which has a budget of Rs 10,000 crore. However, the covid pandemic adversely affected EV adoption, the scheme has been extended until March 2024. Subsidies will be offered for both the S1 and S1 Pro under this scheme.