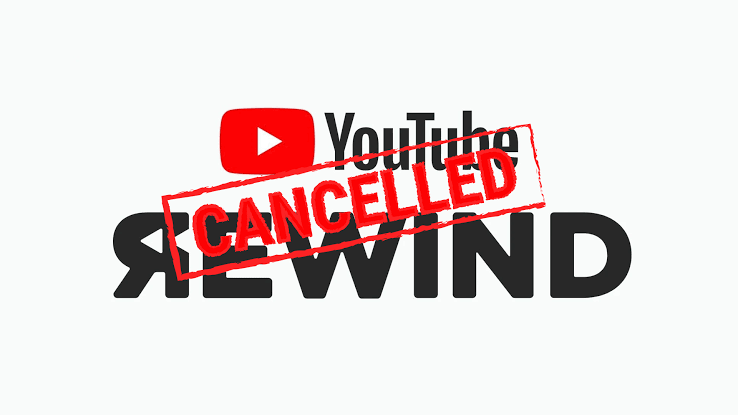 After years of being hated, YouTube cancels Rewind for good

After years of being hated for it, YouTube has canceled Rewind, for good. News has it that the video platform’s annual round-up of the most popular videos, memes, trends, and creators, which was collectively known as YouTube Rewind, has been scrapped.

A Different and Updated Experience

The information has since been confirmed to TubeFilter, with the company posting a tweet to thank the creators who had been associated with it. The post also mentions that the service will now “refocus” on celebrating its users and the trends that are created by them. In doing so, it will apparently put in extra effort to provided a “different and updated kind of experience.”

For the time being, YouTube seems to be relying on its host of creators to help it replace Rewind with something worthwhile. A spokesperson for the firm has said that they will “continue to be inspiring,” as they work towards seeing how their creators (who have been referred to the “most creative content producers in the world” will summarize the gist of the year in their own video recaps.

The event had been canceled last year as well, citing the difficulties of the year. Back then, the platform had said that it “didn’t feel right” to host Rewind as if nothing had changed. However, the feature hasn’t been a fan-favorite, seeing as how the 2018 version still is the most disliked video on all of YouTube. It had been called out for shifting focus to more advert-friendly content, and turning a blind eye to the “real community” like PewDiePie and Logan Paul.

2019 saw a much more washed-down version of the big-budget YouTuber mashup that had been the norm till then. Instead, it moved to a much more somber (and definitely ordinary) list of the clips from the most-watched creators, trends, or videos.

In Order to Avoid Controversy

Nevertheless, Rewind videos were definitely a huge part of the YouTube world, ever since the first mashup came into being back in 2010. While the firm does say that the take-down doesn’t have anything to do with the issue from 2018, one can’t help but think that that’s exactly the case.

At the same time, it seems as if YouTube itself doesn’t want to get caught up in any unnecessary controversies, and so, steering clear of Rewind altogether might be the logical course of action after all.