AI and Turing Test: All you need to know 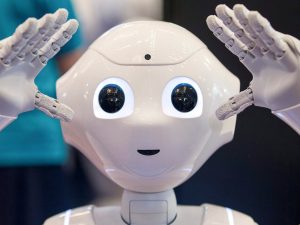 Artificial Intelligence technologies have been leaving their impression on our lives with their innovative and groundbreaking innovations. And with personalization being the new tagline of technology, people around the globe are getting comfortable with the idea of machines that are capable of conversing with them. A few striking examples of this are voice assistants like Siri and Alexa, which have become common names that echo with the rhythm of daily domestic life. Even in the professional environment, chatbots have assumed a significant role.

In such a scenario with the growing influence of smart technologies and machines, Alan Turing’s imitation game aka the Turing Test becomes all the more relevant.

What is Turing Test?

The Turing Test is associated with the evaluation of an AI system’s proficiency. However, lately, it has become clearer that the real ‘message’ of the test doesn’t really concern the intelligence levels of the machines, rather it is more focused on the relationship humans share with the machines and our perception of them. The crucial question is not about the thinking potential of the machines but whether or not we are convinced about that potential. In simpler words, whether or not we are braced to accept the actions or behavior of machines as ‘intelligent.’ Once we add this particular filter to our perception of artificial intelligence, it becomes clear that our tendency to project humanity onto machines plays a major role in determining the equation we share with them. And this is one of the major implications of the Turing Test.

Artificial Intelligence as seen by humans

‘Computing Machinery and Intelligence’ was the paper presented by Alan Turing which introduced the idea of the test. And the question that spearheaded the discussion was, ‘Can Machines think?’ However, Turing declares the question to be futile given the fact that it is impossible to reach a concrete definition of ‘thinking’ and instead proposes a practical experiment called the Turing Test wherein messages are exchanged between a human and an unknown partner, and it is up to the human to discern whether the partner is a machine or human. Thereby by placing human perception at the center of this framework, the Turing Test proposed a method of evaluation of artificial intelligence with respect to how humans perceive it.

The implications of the Turing Test become all the more clear with voice assistants like Siri and Alexa. Amazon and Apple have assigned creative teams who are responsible for the scripting of responses that are appropriate and those which make sense to the users. The data collected from the recordings of conversations between the users and the system is used to predict the questions and to curate appropriate responses.

At a technical level, these intriguing replies with a lining of apparent crudeness are far from complicated. Scripted response activation is much similar to dramaturgical scripting and it doesn’t require any sophisticated social behavior on the machine’s part. And yet, the clever tones often manage to cloud the users with the perception that these systems are actually intelligent beyond a point to generate responses that even have a touch of irony in them.

This indicates the subjective bias inherent in human perception and how it does not correspond to the internal functions of the artificial intelligence system. At times, even simple functions performed by the system can be seen as intelligent feats, just like the responses of the voice assistants. Our bid to attribute social and human characteristics often ends up veiling the actual essence.

The Turing Test brings into the limelight, this particular question regarding our essence and who we are at the core. Humans are prone to deception is the fact that is underscored by the Turing Test. The distinct human potential to project emotion and intelligence is both a boon and a bane. While it enhances our social interactions, it also comes with the downside of projecting intelligence onto non-human speakers whose emotions and social features are simulated and not real.