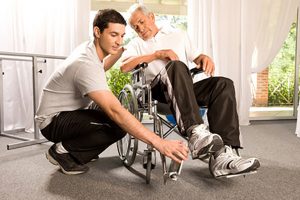 Artificial Intelligence has been of substantial help in augmenting health care development by fusing together its features like accuracy and efficiency. Now, artificial intelligence has been leveraged by scientists at University College London for the identification of three new multiple sclerosis subtypes from brain MRI scans.  This could help in effective targeting of potential patients and provide them with timely treatment.

At present, the classification of multiple sclerosis (progressive and relapsing) is primarily based on symptoms, and it does not rely on the underlying biology of the disease. This makes it harder for the doctors to choose the right treatment for particular patients.

With artificial intelligence, there arises a new possibility for finding MS subtypes that follow certain brain image patterns. Till now, AI deployed by UCL has identified three MS subtypes that are data-driven. Pathological abnormalities found on brain images define them.

Over 2.8 million people are affected by MS globally and in the UK,the number touches 130,000. Depending on whether they are relapsing or progressing, they are grouped into four categories.  Pateient symptoms and MRI scans were used as the reference points for treatment. However the scientists at UCL, lead by Arman Eshaghi, wanted to know if there existed better possibilities for treatment based on yet to be identified patterns in brain images.

Using a data-driven assessment that focused on the pathological changes found in MRI scans. , the MS subtypes were redefined. The initial hypothesis was that the MRI based model proved to be of better help in enhancing a biological understanding of the progression of the disease.

An AI tool named SuStaIn( Subtype and Stage Inference) developed by UCL was used for the study. The AI tool was applied to over 6,332 MRI scans. These were obtained from previous clinical trials and studies.

After training itself on these scans, SuStaIn was able to identify three MS patterns that were previously unknown. The MS subtypes thus identified were defined as

Post completion of analysis on the training MRI dataset, the tool was used for the identification of the three subtypoes in a separate cohort that consisted of 3068 patients. This was done to ensure that the tool was capable of detecting new MS subtypes, if and when they arise.

“We did a further retrospective analysis of patient records to see how people with the newly identified MS subtypes responded to various treatments. While further clinical studies are needed, there was a clear difference, by subtype, in patients’ response to different treatments and in accumulation of disability over time. This is an important step towards predicting individual responses to therapies.”

According to the investigators, the MRI-based subtypes are capable of predicting progressions of disability related to MS, in addition to predicting the patient response to treatment, which will be of great help in grouping patients for interventional trials. The final confirmation of these finding will require another round of prospective research with clinical trials. However, it cannot be denied that the recently identified subtypes opens new doors of insights into understanding the disease better, which in turn helps in coming up with right treatments for the right patients.