Australia’s federal court charged Volkswagen a fine of $125 Million in 2019. The scandal is linked to the 2015 diesel dupe, to which the company indirectly accepted its sketchy scheme to gain enormous profits. 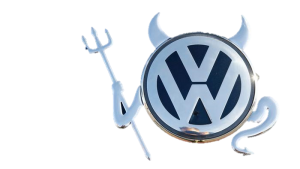 Volkswagen’s scandal on installing a defective device has changed its presence in the US. After VW accepted it as a fault, they agreed to pay the fine in the US. However, the other countries took their time in investigating.

Then Australia fined Volkswagen a fine of $125 Million in 2019, which is still pending.

According to BBC’s report on the scandal, Volkswagen has the defective device on 800,000 cars in Europe alone. However, according to the Environmental Protection Agency, the company owes at least $35,000 per car. Which leads to at least $15 Billion compensation money from VW.

The former VW American head, Micheal Horn left the company in such a crisis. There was no evidence of how many people were involved. However, after the incident, many managers and related people have left the company.

The impact on the company is nothing compared to the scandal VW has done for regular people. The then millennium generation was driving less than they could have.

According to their announcement in 2015, they have set aside around €6.7 Billion to compensate for the damage in all the countries.

VW is still considering its options

In an email with Reuters, the company conveyed their thoughts on VW considering its options. Though it sounds like they are preparing to not sell in Australia, the real question, whether VW will survive if their fine isn’t settled is the issue.

Volkswagen believes that $75 Million was a fair amount for the damage caused by the company. Technically, that isn’t an acceptable answer for the millions of customers who lost their faith in the company.

The managing director of Volkswagen Australia, Micheal Bartsch admitting last month that they are having trouble with selling EVs in Australia because of local laws.

The statement he gave last month was,

“Hardly a day goes by when we don’t get an inquiry from someone who would dearly love to buy a Volkswagen electric vehicle, and we have to tell them we don’t know when we can introduce them. It seems to get more and more uncertain.”

Contrary to this reason, the total number of electric vehicles in 2020 constitutes at least 0.75%. Though that is a very low number, Australian citizens have come around with innovative charging options at different locations. Working on charging stations is not possible without people preferred to come to places with charging plugs availability.

More or less, their sales of electric vehicles are linked with their earlier scandal. Till they settle their deal, the Australian government might not consider their proposal to implement strict environmental guidelines. (They have to have strict rules at some point, however, it might not be because Volkswagen asked.

In the end, the tension between the company and the government is evident, though the details are not known.