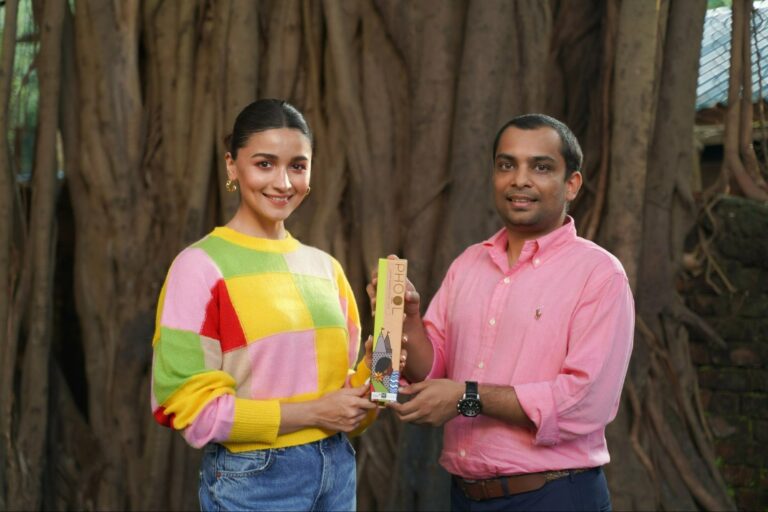 Phool.co, a startup that converts floral waste into incense products announced that actress turned entrepreneur Alia Bhatt is now an investor in the company. The company however didn’t disclose the size of the investment.

Phool.co, founded in July 2017 by engineering graduate Ankit Agarwal, is an innovative startup oriented towards the recycling and reuse that converts flower waste into charcoal-free luxury incense products among other wellness products. When the company was in its early stages, the IAN fund offered the required funding and nurtured it.

According to a press release from the company, the startup is also India’s first wellness brand to receive Fair for Life- Fairtrade and Ecocert Organic & Natural certifications. The startup has also produced “Fleather” using their flower cycling technology, based on deep-tech research. Fleather is a practical substitute for animal leather, and it was recently awarded the title PETA’s best innovation in the Vegan World.

Phool.co has aggressively strengthened its operations and has continuously grown at a rate of 130 percent year on year over the last two years. Phool’s vision is driven by significant R&D efforts and is founded on sustainable development goals that include building a circular economy, fostering sustainable consumption, and delivering prosperous livelihoods.

Alia Bhatt, who is well-known for her environmental endeavours, commented on the latest investment, saying, “Phool incense really stands out for its fine natural fragrances and amazing packaging. I admire the founder’s vision of making incense and bio-leather from recycled flowers that contribute to keeping our rivers clean, creating a humane alternative to leather and providing employment to women in India’s heartland. I’m proud that these products are created in India and wowing the world and I’m thrilled to join the investors who are backing the company.”

Earlier this year, Alia Bhatt invested in IPO-bound Nykaa, the omnichannel lifestyle store, highlighting three reasons for her decision, including the company’s Indian heritage, global scale, and the fact that it was founded by a woman.

Phool.co previously raised $2 million in a seed round from IAN Fund, Social Alpha (FISE), and Draper Richards Kaplan Foundation (San Francisco), as well as IIT Kanpur. Phool.co’s ambition is to accomplish systemic change through innovation. Ankit Agarwal, the founder of Phool.co, stated in a press statement that Alia’s investment acknowledges their work and firmly places the startup on a trajectory to establish a global success story from a tier 3 city.