Alibaba hit by data leak, while incurring no financial losses

Web scraping and data leaks have fast been becoming a mainstay in the hacking business, and have reached new heights in the past few weeks. Social media giants Facebook and LinkedIn saw the personal data from millions of users be leaked, and recently, Volkswagen also had the data of 3.3 million users leaked. And now, Chinese tech giant Alibaba Group Holdings Ltd. has become the latest victim of a data breach, after having been facing a web-scraping operation for the past few months, which was organized by none other than a marketing consultant. The leaked data included usernames and phone numbers, as per a court case that came to a conclusion in June.

Going on Since 2019, but No Financial Losses

The person found guilty in the crime happened to be an employee of a marketing consultant to merchants on the Taobao online mall that’s owned by Alibaba. Over a billion data items were stolen on the mall’s users, over a period which began as early as 2019. This information was then used to meet the needs of clients. The staffer and the employer, both have been sentenced to over three years in prison, in addition to fines to a total of 450,000 yuan (around $70,260).

However, the company did not incur any financial losses due to the incident, nor was any user information sold, as per a statement. This comes even as the Chinese government in Beijing continues trying to tighten its grip and ownership on truckloads of data that tech biggies like Alibaba and Tencent rake in on a daily basis from their user base spanning millions of people.

The moves which have been made by the Communist Party-led government have been in part to lead China towards being a world leader in data, and in part to cut down on the power and influence that tech giants, and their owners, have in the country. This has resulted in Jack Ma, the founder and former CEO of Alibaba, to also be MIA for a while now (along with many of his counterparts), even as the nation’s administration works to store all the information from Chinese users in its own databases. 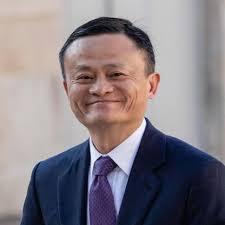 Moreover, the Xi Jinping-led government also recently passed a new law, allowing itself to fine or even shut down tech companies.

A spokesperson for Taobao has said that the company has “proactively discovered and addressed the unauthorized scraping” by making use of its “substantial resources” which give utmost importance to “data privacy and security”. They further added that they will be working in close collaboration with law enforcement, to ensure that the interests of their users and partners are protected.