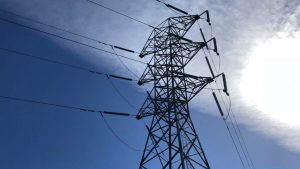 Alphabet has been channeling its resources and efforts for the creation of “a moonshot” for the electric grid. This is in addition to a secret project with the aim of making power use more stable and eco-friendly that it is at the present. The project is under the X R&D division. The details and information regarding the research was revealed at the White House Leaders Summit on Climate. The company has been working on it for the past three years.

X which was initially Google X was converted into a separate division post creation of Alphabet as the overarching parent of Google. The team working on this project is edging towards a more holistic comprehension and understanding of the grid that might enhance environmental stability rather than putting up power lines and installing solar panels and wind turbines. At present the research work includes more questions that require effective answers and solutions. However, questions indicate a potential space to grow and innovate and it is on that the hopes are pegged at the moment.

According to Astro Teller who is the Captain of Moonshots,

“Right now our work is more questions than answers. But the central hypothesis we have been exploring is whether creating a single virtualized view of the grid – which doesn’t exist today – could make the grid easier to visualize, plan, build and operate with all kinds of clean energy.”

The name ‘moonshot’ is a reference to the actual plan by NASA which aimed to make astronauts walk the surface of the moon. The project was labelled to be ambitious and without a clear route to making progress or profit. However, it ended up being the most groundbreaking of projects till date. In addition to Astro Teller who heads the project and research, the company also brought in Audrey Zibelman to take the lead. Zibelman was the former CEO of AEMO, an energy operator based in Australia.

Stability of power systems has been a topic of discussion ever since certain limitations of the existing infrastructure was brought to light, indicating probable collapse. This further emphasised the need for the electric grid that can prove to be a valuable solution.

According to Teller, machine learning and artificial intelligence could significantly help in fixing the blind spots and bring forth virtualization technologies to enhance the grid. In addition to grid virtualization, the team is also aiming to incorporate weather forecasts that will facilitate accurate predictions.

Although the project was carried on secretly for the past three years, it is gradually coming into the light with the aim of identifying potential partners who can significantly contribute to the project.