As per reports revealed by Amazon Inc. itself, the “Other” arm of the company, which mainly has dealings in adverts, but is also involved in certain other services, has grown in revenue by as much 77 percent in the first quarter. The data has been issued on year-over-year basis, and shows that the unit has amassed more than $6.9 billion in the first quarter of 2021 itself. 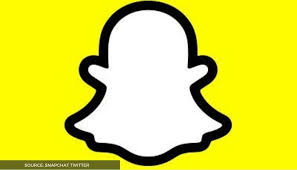 This means that the advertising unit at Amazon now sits at a revenue that’s 2.4 times as large as that of Twitter, Pinterest, Roku, and Snap combined. Moreover, it’s also growing at a pace that’s 1.7 times faster.

Helped by Apple, Done by Amazon

The growth of the adverts unit at Amazon is fuelled further by recent moves that have been taken by companies like Apple, which has announced a feature to help users keep data tracking by advertisers at bay.

How, you ask? It’s because having been serving advertisements for many years now, Amazon is in ownership of a huge database of user information, something which might become a thing to be craved for, by marketers. And that’s all thanks to Apple’s App Tracking Transparency.

Analysts hold that the high-intent user traffic at Amazon, coupled with the extensive user insight that the platform carries, is very valuable to both brands, and sellers.

The ad services are available not only on the e-commerce platform owned by Amazon, but also extend to its streaming services. The video content on Amazon, which is heavily backed by ads, now has nearly as many as 120 million users every month.

Analysts also say that the technology and scale at Amazon, paired with the consumer connectivity and device reach, would further aid it become a very significant contributor towards as revenue.

In terms of annual reports, Amazon has seem a 65 percent year-over-year growth in ad-generated revenue. The revenue for the past 12 months stands at $22.4 billion. That’s 2.4 times the combined revenue from Snap, Roku, Twitter and Pinterest, which stands at $9.3 billion.