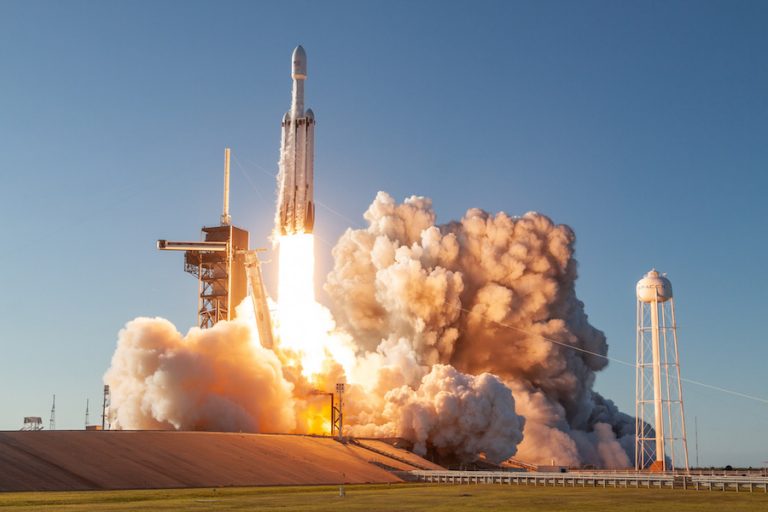 SpaceX Falcon Heavy Launch, USSF-44 is delayed by few months than schedules, from (July-October) 2021 to January 2022. As translated from the military euphemism, the reason is “based on launch manifest priorities.”

Furthermore, the military mission’s geostationary satellite payload was already delayed last year. When the scheduled July launch was delayed from April to July 2021. Earlier it was “accommodate payload readiness.”

Additionally, the first two launches of Falcon Heavy will be delivering the military payload, under the missions USSF-44 and USSF-52.

The next launch of a SpaceX Falcon Heavy rocket has been delayed from July to October to await readiness of its US military payload.

The following Falcon Heavy flight has been pushed back until next year, military officials said.

These two missions to be launched in Falcon Heavy are of the highest priority as they are national security payloads. Earlier launch in June 2019, carried a low priority cluster of satellites into orbit for the US military.

The USSF-44, to be launched in January 2022 is to deliver multiple payloads at high altitude. Further, the upper stage of the rocket is to launch into the geosynchronous orbit, firing the satellites multiple times 22,000 miles away from the equator.

Interestingly it is these continuous firing that makes the SpaceX Falcon Heavy most demanding. It is to last for five hours in between the burns, making it incredibly challenging for the stage 1 booster.

Further, the earlier Falcon Heavy launch lasted for 3 hours in between the burns, and it was only a demonstration flight. Which launch 24 satellites in required orbits as planned.

The previous launch of Falcon Heavy was sponsored by Air Force. It was a launch, to make sure the USSF-44 goes smoothly for a longer duration. For now, there are no updates about where Air Force is going to include its satellites.

Only recently, they added another booster after more than 15 launches in the Falcon 9 this year. SpaceX has been saving its new booster for commercial flights.

However, the payload delay would be putting much pressure on SpaceX as they have to prepare the Falcon Heavy for its next launch.

Falcon Heavy is basically a lengthened version of Falcon 9, the rocket which has been in use for the Starlink launches, and Crew Dragon. However, the purpose of Falcon Heavy to act Reusable heavy lift launch vehicle, with a capability to launch heavy payloads.

It has additional two stages than Falcon 9, which are like liquid fuel strap on. Powering a rocket plays an important part. Especially when SpaceX tries to reuse parts, and use environmentally friendly materials wherever possible.

Additionally, the rocket has the capacity to lift off 63,800 payloads to lower orbit. And 26,700 kg into the Geostationary transfer orbit.

On the other hand, the vehicles sent by the military need to be developed according to the experiments they plan to conduct. Despite how ready Falcon is, the delay with developing payload needs more push. Because, if the payload weight were to increase or need any different specifications, the heavy-lift launch vehicle needs to be modified accordingly.