Successful global e-commerce company Amazon has recently partnered with Samara Capital which is a private equity firm to infuse INR 275 crores in More Supermarket Chain ahead of the festive season. To be more precise, the two giants have conjointly funded Witzig Advisory Services which is the holding company of More.

Business intelligence analysts, paper.vc claims that Samara, with a 51% holding in Witzig has invested a little higher amount than Amazon from the total amount of INR 275 Crores. 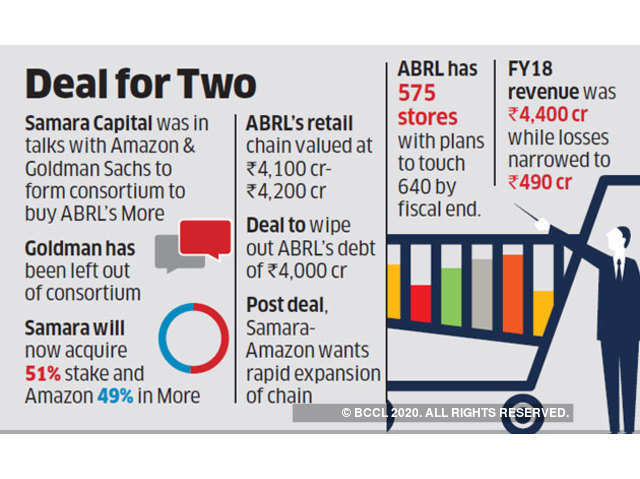 The grocery chain, More is the fourth largest retail chain in India after Big Bazaar, DMart and Reliance Retail. 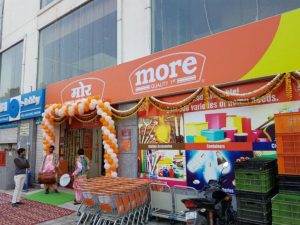 Why did Amazon and Samara Capital invest in More?

The biggest reason behind this fresh infusion of INR 275Cr in More was the upcoming festive season. The pandemic has naturally encouraged buyers to shot digitally, so the digital retail businesses have flourished in recent times.

The electronic retailers are already collecting all the resources they can for the festive season just around the corner.

According to reports by market research company, Redseer, the e-commerce businesses have logged a jump of over 75% in their consumers with around 50 million online buyers.

Most of these consumers reside in tier-II cities and the expected gross sale of this year is somewhere around $7-8 billion as compared to $4 billion in 2019, commemorating a 70%-75% jump in digital sales of e-retailer businesses.

Keeping this mind, Amazon has planned to allow its customers to place grocery and FMCG orders online on their website and mobile app and items would be delivered quickly by the nearest More supermarket store.

More is known to have an approximate 2 million Sq. feet of retail space in the country with 568 operational stores to its name. these numbers attracted Amazon and Samara to invest in More and boost their digital retail sales, gearing for the upcoming festive season.

Amazon is also in talks with Reliance industries owned by Mukesh Ambani who is planning to sell 40% of its stake in its retail business- Reliance Retail to Amazon who is owned by Jeff Bezos.

If this deal comes through as successful, it will be the biggest deal for Amazon and India as well. 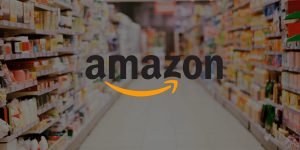 The pandemic has urged the customers to shop online for everything, with this Amazon-Samara-More deal, the customers would have access to FMCG products and daily groceries on their Amazon app which is convenient, not to mention the trust that the company has earned over the years from their customers.

It is a win-win situation for consumers and the business giants as well.