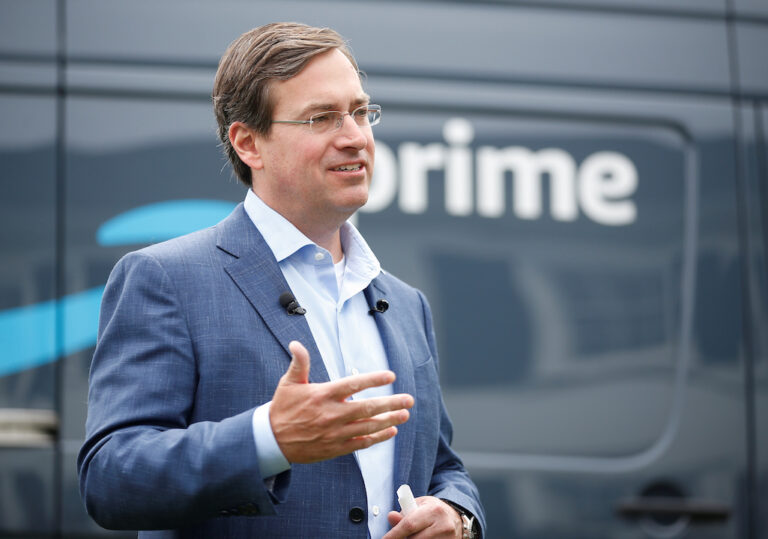 On Friday, June 3, Amazon revealed in a regulatory filing that its chief executive officer for worldwide consumer business, Dave Clark would resign on July 1. Crucially, this would signify the end of Clark 23-year-old term with the e-commerce giant. Along with heading the company’s global consumer business, he was counted as one of the closest aides of Amazon’s CEO Andy Jassy.

In a blog post this week, Jassy acknowledged Clark’s contribution towards the company over the last two decades. Particularly, Clark’s role in the recent past when Amazon.com went through a range of challenges. Jassy stated how the company’s Consumer business history had witnessed had most ‘challenging and unpredictable’ years recently. He went on to appreciate Clark’s significant role of ‘leadership during that time’

In 2020, Clark was taken on at the top position of worldwide consumer business, after Amazon veteran Jeff Wilke left the business.Earlier, he was at the position of Amazon.com Inc’s senior vice president of retail operations. As the global consumer CEO, he had dealt with a range of issues such as the pandemic, global supply chain challenges, and labour shortages. Along with the increased costs owing to high inflations and the Russian military operations in Ukraine.

I've had an incredible time at Amazon but it’s time for me to build again. It's what drives me. To all I've had the honor of working with: thank you for making it so much fun to come to work every day for 23 years to invent cool, amazing things for customers.

Email to team below pic.twitter.com/c8Ao46VvaJ

The global consumer CEO’s relationship with retail giant goes back to May 1999 when he joined the company in it Operations Pathways Program department. For all these years, Clark was acknowledged for empowering the logistics division of Amazon. Evidently, he held a sharp scrutiny for the operations of this division, and was able to spot any form of error. Earlier reports suggested how this had led to him earning the nickname ‘The Sniper’ within the internal circles of Amazon.

As we know, Clark’s present role is that of the head global consumer business of the company. Under it, he is responsible for the monitoring of the subscription business of the retail giant’s Amazon Prime sector. Moreover, he is in charge of the online stores, along with the marketplace of third party sellers on the platform.

Clearly, Clark’s resignation comes across as the second major exit of a corporate leader in the sector that was announced this week. Earlier, on Wednesday, June 1, Meta’s Sheryl Sandberg went ahead to announce her resignation. Sandberg was the Chief Operating Officer of Meta Platforms Inc, the parent company of Facebook. Her exit clearly highlights the end of her being associated with the social media company, which was about 14 years long.