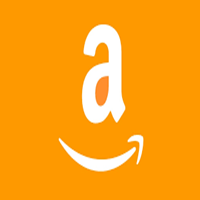 According to recent reports, Amazon has started cross-cutting reviews with the company’s unprofitable business units being brought under the scanner. Read the entire article to learn more about this news piece.

The cross-cutting review is headed by Andy Jassy. He will be looking into the sub-entities that are not profitable as per the reports provided by the Wall Street Journal. As for the people who are working in these entities, the company has told them to find new jobs within the company because their teams were being suspended.  “We anticipate keeping this pause in place for the next few months, and will continue to monitor what we’re seeing in the economy and the business to adjust as we think makes sense,” Beth Galetti, senior vice-president of People Experience and Technology at Amazon, said in a blog post. This news has come right after the company announced its hiring freeze. With the economic meltdown, companies are having a hard time managing their revenue which is why companies like Meta and Twitter also had to lay off their employees to cut down on losses.

Amazon is one of the most successful and successful companies in this role. Founded by Jeff Bezos, the company is known for its e-commerce and digital streaming services among many other things. The company is extremely successful because it gives a lot of importance to its customers and their demands. It hires staff accordingly so that its customers are not disappointed in any way. Amazon is one app for all people’s needs. People can find anything they want to buy from groceries to clothes, on this company’s website online.  The company has earned the trust of the customers and therefore has a lot of customers who trust the app to deliver what they promise.

Jeff Bezos is the person behind the existence of Amazon. At present, he owns less than 10% of the company. The company owes its success to him. The company started from a garage and is now one of the biggest companies in the world. It came into existence in the year 1994 and has seen incredible growth and profits. He also happens to be the second richest person in the world, that is after Elon Musk. He is a product of Princeton University and has always put the company’s best interest in mind and then taken decisions.