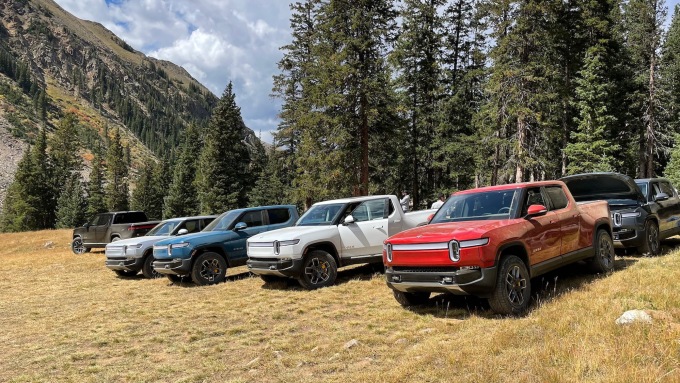 Amazon increases its investment in Rivian

The EV company’s “cornerstone investors” had “indicated an interest” in buying up to $5 billion worth of its stock at its IPO price, according to Rivian’s S-1 IPO documents.

Amazon was one of those parties, and the American e-commerce behemoth looks to have completed the purchase on Friday afternoon.

Amazon purchased about $200 million worth of Rivian shares at its IPO price of $78 per share, according to a recent Form 4 filing. The total number of shares purchased was 2,564,102, which was just under the goal dollar amount of $200 million at the time of purchase.

Because Amazon paid only $78 per share for its most recent tranche of Rivian shares, it has already realized a profit of more than $133 million.

After converting its numerous pre-IPO holdings and warrants to Class A shares in the firm now that it is publicly traded, Amazon’s newest purchase of Rivian stock at its IPO price works out to barely 1.6 percent of its entire investment in the company. Taking into account its past ownership, Amazon currently owns around 22% of Rivian.

Rivian’s first public offering (IPO) was a huge success, raising a huge amount of money for the electric vehicle firm and rocketing its market cap into the stratosphere.

Rivian, for example, is valued at more than $127 billion at the end of the week’s trading cycle, according to Yahoo Finance.

Rivian is valued about $10 billion every manufactured unit, based on the fact that it only constructed 12 automobiles in the third quarter. This ratio will decline in the following quarters, but it highlights how much of Rivian’s value is based on future results rather than past performance.

Rivian Automotive Inc. has reached another another milestone in its meteoric rise as a new stock: it is now the largest U.S. corporation by market value without any revenue.

Rivian’s stock has risen 67 percent since its initial public offering on Wednesday, when it was priced at $78. In terms of market value, it’s only about a quarter of a percent away from passing Volkswagen AG, one of the world’s top automakers. Meanwhile, Lucid’s stock has increased by 339 percent this year. In July, it became public after merging with a blank-check company.