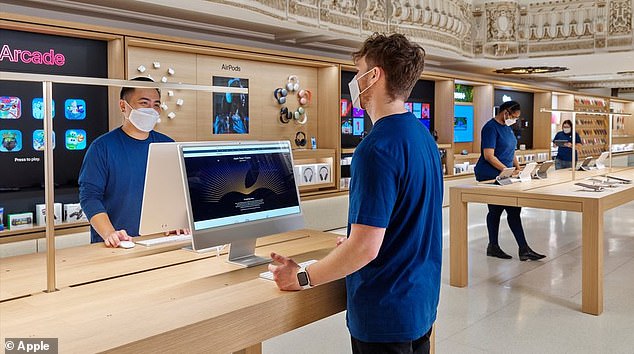 Apple has agreed to pay $30 million to settle a complaint filed by employees who claim they were subjected to off-the-clock security bag checks. This follows more than eight years of back-and-forth in the case, which was first filed by Apple employees in 2013. In 2015, Apple ended its contentious bag-check policy.

For Apple, this has been a long-running issue. Apple retail employees launched a class-action lawsuit against the company in 2013, alleging that they were obliged to submit to searches of their bags, purses, backpacks, briefcases, and personal Apple devices before departing for the day.

Employees claimed in the lawsuit that they were sometimes required to wait for up to 45 minutes after their shift for this search to be completed, and that they were not compensated for their time. The searches, according to Apple, were necessary to ensure that employees were not stealing merchandise.

The complaint also revealed that Tim Cook was generally unaware of the policy, and that when two employees complained directly to him about it, he forwarded the email to his HR executives, asking, “Is this true?”

In 2015, a California court dismissed the class-action lawsuit, but the judgment was overturned on appeal. The California Supreme Court was then urged to clarify the law by the Ninth Circuit Court of Appeals in the United States.

The California Supreme Court determined in February 2020 that Apple must compensate its retail workers for this period.

According to Bloomberg, Apple has agreed to pay $29.9 million to staff at its California stores where the policy was in effect. Judge William Alsup of the United States District Court must now approve the agreement between Apple and the class.

According to Courthouse News, the class in the complaint includes 12,000 present and former Apple shop employees in California. Currently, the employees who are part of the settlement are expected to get a maximum of $1,200 each.