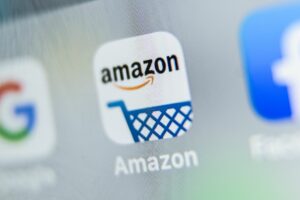 A picture taken on August 28, 2019 shows the logo of US online store application Amazon displayed on a tablet in Lille. (Photo by DENIS CHARLET / AFP) (Photo credit should read DENIS CHARLET/AFP via Getty Images)

Harpreet Singh Saluja, President, NITES said in a mail to  The Hindu, “The law of the land is above Amazon policies.”

An internal communication reviewed by The Hindu suggests that recently, Amazon has sent details of a voluntary separation programme (VSP) to its staffers in India asking them to voluntarily quit their job company if they want to enjoy the programme’s benefits. Employees not willing to participate in it will be laid off without any benefits if they are part of a workforce optimisation programme.

Amazon has given its employees deadline till November 30 to turn in the VSP programme forms. NITES has requested the Union Government and the state labour relations authorities to conduct an investigation into the layoffs, which are deemed to be illegal.

In the letter reviewed by the Hindu, Saluja said,
“According to the provisions of Industrial Disputes Act, 1947- the employer cannot, without prior permission from the appropriate government, lay-off any employee. The company needs to submit an application to the authorities along with the reasons for such layoffs. Then the appropriate government authority will decide whether the layoff can be permitted or not after hearing both the parties.” 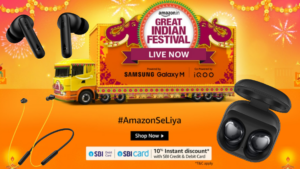 The letter pointed that a lay off is a condition ” where the employers are constrained to deny work to their workforce owing to conditions that bring forth a temporary inability to keep their business going which is clearly not a scenario in Amazon’s case. It has clearly violated the existing provisions of Indian labour laws which aim at protecting the worker’s rights.”