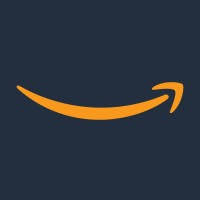 Amazon makes it easier to sue it, after arbitration demands

Amazon Inc. seems to be telling those who are dissatisfied with its service, that they can sue the company all they want. The online retail giant has reportedly altered the clauses of its terms of service, removing the one that forced consumers in arbitration (that is, arriving at a settlement with the consent of both parties, usually after looking at a set of evidence), allowing them to go ahead and file a lawsuit against it, either as a class action, or individually. Amusing, right?

The reason for the move is even more amusing than the move itself, and happens to be a surge in the number of arbitration demands that the company has recently been facing. These demands have arisen following accusations that Amazon Echo sometimes records and saves conversations, including those involving kids, and that too, without the consent of users.

The Law and the Lawyers

Arbitrations have long been the norm for companies, and this received a major boost back in 2018, when the US Supreme Court allowed firms to force employees into arbitration over work related violations, including wage theft.

Now, however, the tables seem to have turned, as lawyers become more tech savvy, and easily get over hundreds to thousands of customers to participate in arbitration demands. Some have even taken to setting up full-fledged portals to handle communications with consumers. This finally led to thousands of consumer arbitration demands rushing in, challenging the company since early 2020.

Arbitration settlements are originally designed to prevent firms from having to face potentially damaging court decisions, much like the hefty fines Amazon might end up paying through the three class action lawsuits that it currently faces.