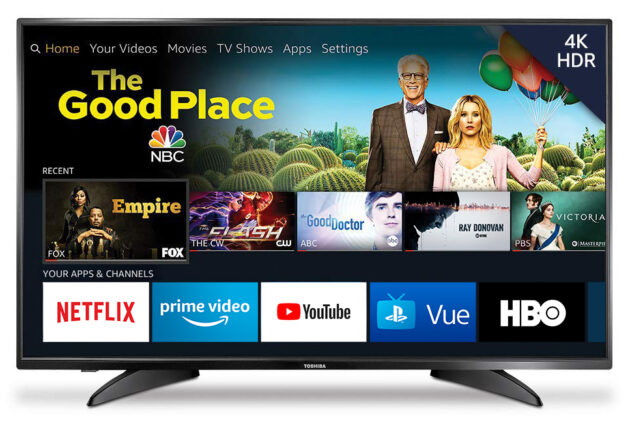 Amazon might launch its own branded TVs in the U.S.

Amazon, the largest e-commerce brand in the history of e-commerce is looking out to launch a new product in the United States. This season you might come across an Amazon-branded T.V. in the electronics store that you can buy for yourself. As mentioned in a report by Insider, Amazon is planning to launch its own-branded TVs in the United States this year that could hit the stores as early as October.

As noted in a report by Engadget, Amazon has been working on the project for more than two years, and finally, the product will hit the market, perfectly aligned with the holiday shopping season. The Amazon team responsible for developing products like Echo speakers and Kindle will hold the flag for Amazon-branded TVs as well.

However, the new TVs may have Amazon branding on top but its manufacturing is reportedly done by third-party manufacturers, TCL. According to reports, Amazon’s own team is working on TVs as well but a separate unit which may or may not be launched in the United States. Just like Amazon’s almost every other product, its branded TVs will also be powered by Alexa which is definitely a unique feature that could change how people interact with their TVs. Amazon-branded TVs coming next month might also have in-built support for Amazon Fire TV software, making it a perfect buy in this holiday season.

However, when it comes to price, it is fairly unclear on what price tag will this new TV come with. The TV will be Amazon-branded, something similar to AmazonBasics TV that was launched by the company in India, as noted by Engadget and Insider. But the models released in India came under the budget category and if the company is following the same approach, Americans could be in for a treat!

Having an Alexa-powered TV will open a different new range of options for users, giving an edge to the whole user experience. Hopefully, the Amazon-branded TVs will also have integrated support for Amazon’s Fire software, if it does then Amazon would be entering a whole new segment with their TVs.

Do you think Amazon will launch its new branded TV under the AmazonBasics tag or will they just have a separate branding for their new product? Amazon’s in-house design team, as mentioned, is working on a separate project, could that be a new premium T.V. that the company would launch? Well, you never know.