Amazon-owned self driving firm Zoox gearing up to launch robotaxis

Zoox is an Amazon-owned company that is working on self-driving technology. The company self-certified its vehicle without any pedals or steering wheel, then meets the US federal regulations to test-drive it. They applied for a permit in California. 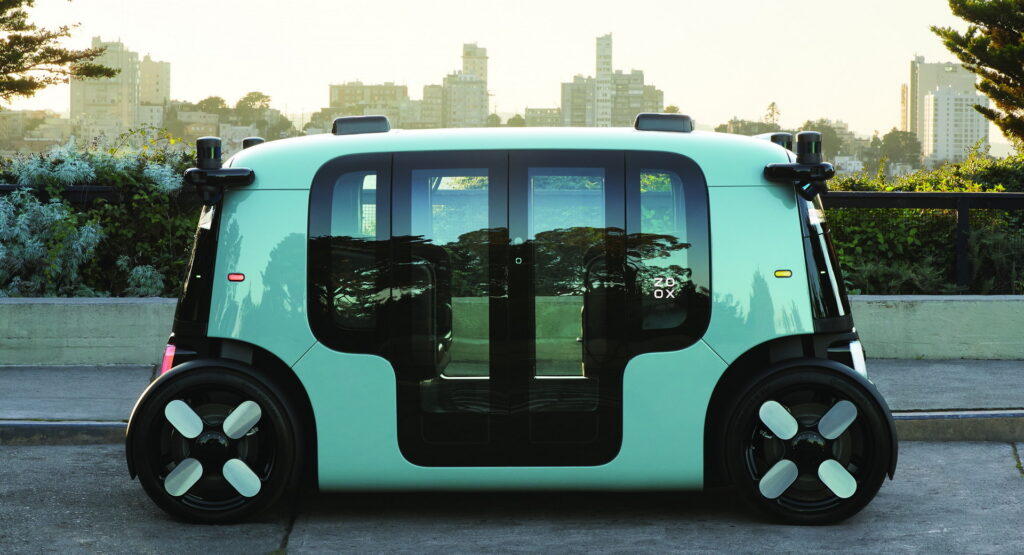 Zoox’s co-founder and chief technology officer, Jesse Levinson said, “We really invested the extra time and resources to build a vehicle that doesn’t require exemptions, and then that basically lets us control our own destiny and also deploy our vehicles at scale.” Zoox’s vehicle, called VH6, has room for four passengers, with two facing each other – a layout that looks like startup Cruise’s Origin vehicle unveiled in January 2020. Cruise is controlled by General Motors Co.

The VH6 is produced in Zoox’s “Kato” factory in Fremont, California, a city where Tesla also builds its cars. Levinson said the factory has produced dozens of VH6s and the current location can produce tens of thousands of vehicles. He said that the current economic slowdown has not affected the company and Zoox will increase its employee number to 2,000 this year from 1,400 at the start of the year. Levinson also said for now the company is focused on moving people, rather than packages, which is much more lucrative.

No steering and pedals

“We can compete with, for example, Uber and Lyft and make money and be very cost competitive even in the early days of this technology,” Levinson said. Generally, self-driving tech companies with vehicles without a steering wheel or pedals have applied to the U.S. National Highway Traffic Safety Administration (NHTSA) for an “exemption.” Levinson said Zoox chose instead to self-certify according to Federal Motor Vehicle Safety Standards, acknowledging this was a higher bar that makes Zoox liable for the safety of the vehicle.

The NHTSA exemption usually limits the number of vehicles that can be manufactured as well as the period of production. Cruise applied this year for an NHTSA exemption. A source close to the company said Cruise viewed that method as more responsible and giving regulators a clearer view of the technology.

Meanwhile, Nuro, a self-driving startup backed by SoftBank, said it anticipates its next-generation vehicle to “comply with all applicable federal standards at the time that it is deployed”. Its current R2 vehicle with no pedals, steering wheel, and room inside only for packages, was manufactured with an exemption from NHTSA. Once the vehicle enters the market, it could be tough competition for other self-driving technology. However, there have been many incidents all over the world, where such pedal-less and steering-less vehicles were permitted. But eventually had to stop applications temporarily.