Amazon to pay $8.67 million to employees in bag check lawsuit

Amazon is set to pay a total sum of $8.67 million to 42,000 employees, in a bag check lawsuit. This comes after the Pennsylvania Supreme Court ruled that Amazon must compensate for time spent and the consequent payment lost out on, by its staff during the mandatory bag checks at the end of each shift.

Settled, But Not Accepted:

This ruling brings to a close a legal battle that has been going on for the past more than a decade, as reported by Bloomberg News. A total compensation of $13.7 million will be made by Amazon in partnership with its staffing partner, and so far, the highest payout claimed by an employee stands at $5,760. Out of the total sum, $8.67 million will be split among the employees, while the attorneys will be receiving $4.5 million.

This settlement, however, doesn’t necessarily means that the online retail giant, which is known for its harsh and often unfair warehousing job profiles, is too happy about it. Spokesperson Barabara Agrait has said that while the company doesn’t agree with the premise of the lawsuit per say, they are willing to comply with the “terms of the settlement.” Amazon has also had its lawyers put forward the argument that employees receive payment only for their “labor- to pack boxes,” instead of for standing at security checkpoints, since doing so does “not involve labor or toil.” 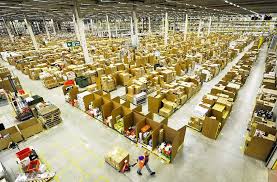 Nevertheless, the Supreme Court has ruled that the time spent waiting in line for, or being subjected to, the bag checks at Amazon’s warehouses should be included in the total “hours worked,” in accordance with Pennsylvania’s law. Justice Debra Todd says that payment should be given to employees keeping in mind “all hours worked,” and adds that the State’s legislation is such that it does not consider “any portion of the hours worked by an employee” to be more than a “mere trifle.”

Not A Lone Case, Apparently:

Back in 2013, Apple had found itself stuck in another, similar lawsuit, when retail store workers claimed that they had lost $1,500 per year on account of having to go through mandatory bag checks, which they further alleged were “demeaning and embarrassing,” as such procedures were apparently performed “in front of gawking customers,” in the words of one such staff member.

Moreover, even Amazon itself, had been subjected to similar bag check lawsuit back in 2018 too, with the only difference being that the case had been filed separately at Arizona and Nevada, instead of Pennsylvania.