According to a new investigation, Amazon destroys millions of unsold items each year, including expensive electronics, books, and now even face masks. Unsold items are stacked in boxes labeled “destroy” in footage recorded by Britain’s ITV from only one of Amazon’s 24 Fulfillment Facilities in the UK. That not just, but this enormous quantity of waste has raised questions about why these items — some of which were never used — couldn’t have been given away to charities or the needy. According to ITV News, the e-commerce giant’s business model is the reason these things are being destroyed on such a massive scale.

As stated by an Amazon warehouse employee, over 130,000 products are destroyed each week at a Fulfilment Centre outside Glasgow, Scotland. A power drill, a book, and face masks in their original packaging were seen in trolleys inside the warehouse, which were intentionally taken to a “destruction zone”, the footage showed.

Exclusive: Amazon is destroying millions of items of unsold stock in one of its UK warehouses every year, an ITV News investigation has uncovered.

Many of the products – including smart TVs and laptops – are often new and unused. https://t.co/OJjexB0YQd#AmazonWaste pic.twitter.com/UR7XrLWvIM

Most of these items were destroyed by third-party sellers who place their items on the marketplace via Amazon and pays the e-commerce giant to hold them in fulfilment centres so they can be shipped quickly via Amazon’s logistics network, according to the media outlet ITV News. If their goods remain unsold for an extended period of time, these vendors may decide to avoid paying, causing Amazon to trash the goods. Some of the products are donated to charity.

Interestingly the products to be scrapped were labelled ‘destroy,’ the donations had been written into their packaging with the ‘donation.’ There was an astonishing difference between the two. While the number of products to be destroyed was roughly 130,000, the same employee added that those to be donated were only 28,000 during the same period. 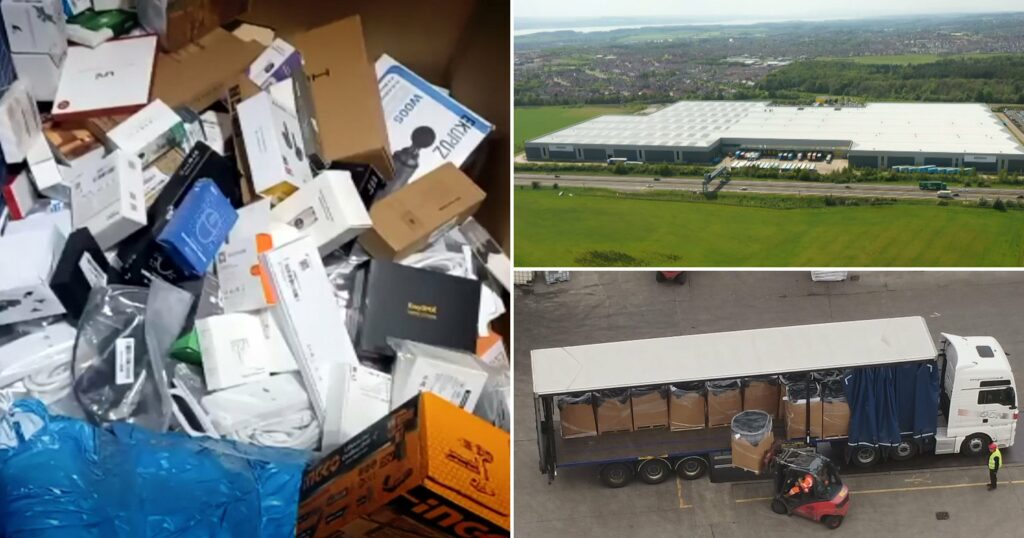 The news comes after Amazon promotes its Prime Day shopping event, which takes place on Monday and Tuesday and includes discounts on popular items. The company has been called upon by environmental activists and some of the company’s own workers to decrease its carbon footprint.

In a statement Amazon denied sending any products to landfills in the UK, claiming that the landfill reported by ITV is instead a recycling facility. “We are working towards a goal of zero product disposal and our priority is to resell, donate to charitable organisations or recycle any unsold products,” Amazon explained in a statement.

As online shopping becomes more mainstream and more warehouses emerge near communities to meet demand, e-commerce is posing new environmental concerns. Customers have come to expect easy returns, which might result in increased wastage and pollution.