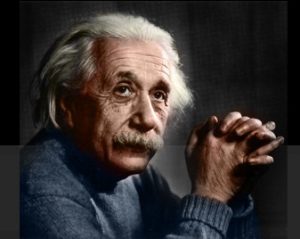 A New Zealand and Austin-based company which is one among the latest virtual companies created by UneeQ is focusing and specializing on ‘digital humans.’ And their list now includes an Albert Einstein chatbot.

The launch was timed in such a way that it is in line with the 100th anniversary of his Nobel Prize in Physics. With the help of Uneeq’s website, people can talk to Einstein and he will answer in a way unique to him.

UneeQ through its unique and innovative moves works with the objective of revolutionizing and enhancing the customer experience with the help of AI-powered ambassadors.

In addition to the German mastermind, the website also offers opportunities for users to engage in conversation with other famous and notable personalities. A COVID-19 health advisor called Sophie, and a version of USB’s chief economist, Daniel Kalt is also a part of the website.

According to a statement by Danny Tomset, CEO of UneeQ,

“As part of our new Companions series, Digital Einstein, among other digital humans, can communicate with people in a way that comes most naturally – using conversation, human expressions, and emotional responses to best provide daily interactions that we hope make a difference in people’s lives.”

This innovative AI experience was created by pooling the resources of The Hebrew University of Jerusalem, and Greenlight. They contributed remarkably by providing Einstein’s likeness that included his voice, image, and mannerisms.

A user can engage in an interesting conversation with Einstein through his daily quiz, where a variety of topics can be discussed. It is also possible to talk about his works, research, and life.

This step of innovation marks yet another groundbreaking achievement made by artificial in achieving the impossible. This also indicates the potential of artificial intelligence that can revolutionize and transform the way in which we perceive things, while also providing an enriching experience.