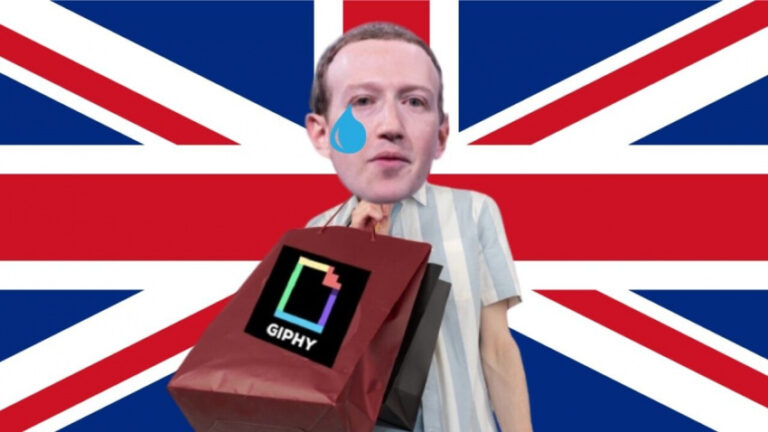 An antitrust regulator is set to block Meta’s acquisition of Giphy: Report

According to the Financial Times, Meta — the firm formerly known as Facebook — is expected to have a big acquisition rejected by the UK’s antitrust regulator.

The UK Competition and Markets Authority is poised to overturn Meta’s acquisition of Giphy in the coming days, according to sources familiar with the case.

The Financial Times did not say when the announcement would be made, but the CMA has until December 1 to make its decision.

In May 2020, Facebook announced the $400 million acquisition of Giphy. A month later, antitrust officials in the United Kingdom and Australia stated that they were looking into the deal.

During the investigation, the CMA issued an initial enforcement order prohibiting Facebook from interacting with Giphy.

In August 2021, the CMA issued a preliminary finding that the combination would be harmful to competition and that the most feasible solution would be for Meta to sell Giphy.

The CMA concluded that Facebook’s management of Giphy could offer it an unfair advantage over competing social media services like Snapchat and TikTok, which also utilise Giphy. It further claimed that the merger would eliminate Giphy as a possible display advertising competitor for Meta.

Despite the fact that Meta and Giphy are both American companies, the CMA has jurisdiction over any merger or acquisition in which the merged parties control more than 25% of a specific good or service supplied in the United Kingdom.

Meta and Giphy would have an 80%-90 percent market share of searchable animated sticker libraries, according to the CMA.

In October of this year, the CMA fined Facebook $70 million as part of its investigation, claiming that the firm had not provided enough information about how it continued to compete with Giphy. Facebook reacted angrily to the penalties, stating it was doing everything it could to meet the CMA’s criteria.

Prof. Greg Taylor, an associate professor of economics at the Oxford Internet Institute, believes the CMA has the authority to completely halt the merger. He went on to say that the CMA could choose to block particular aspects of the acquisition.

If the CMA blocks Meta’s takeover, Taylor believes it will be a watershed moment for Big Tech.

“Outside of the tech world, mergers get investigated all the time and it’s not that unusual for them to be blocked to have some sort of remedy imposed upon them. Within specifically the tech sphere, there’s been almost no major intervention to prevent the merger by one of the major tech firms, despite the fact that, collectively, they’ve acquired hundreds of firms in the last couple of decades,” Taylor told Insider.

“The first time that we see such a merger blocked, it’s really, I think, drawing a line in the sand,” he added.

Over the last three years, lawmakers have been scrutinising Meta, along with other Big Tech corporations, for antitrust violations, and in July 2020, Rep. David Cicilline, chair of the US House antitrust subcommittee, stated the company should be broken up due to “typical monopoly behaviour.”

Phhhoto’s founders filed a complaint earlier this month, alleging that Facebook duplicated and smashed their service after initially offering a collaboration.