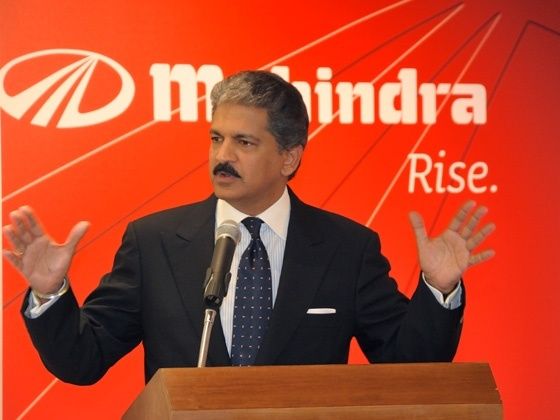 Mahindra Group Chairman Anand Mahindra and Tech Mahindra CEO C P Gurnani have apologized for the way in which a yet to be named employee was fired as per the report by The Hindu.

I deeply regret the way the HR rep & employee discussion was done. We have taken the right steps to ensure it doesn’t repeat in the future. pic.twitter.com/KKLt6tIBb6

I want to add my personal apology. Our core value is to preserve the dignity of the individual & we’ll ensure this does not happen in future https://t.co/yBxAxvFZlc

In the official statement, Tech Mahindra Vice-chairman Vineet Nayyar indicated that depending on the company’s ‘strategic priorities’ and ‘requirements of the clients’, such decisions are often taken but insisted that going forward it will be done “in a manner that befits our Rise philosophy and our Group’s core values.”

In the audio recording that created a storm on social media, a female HR executive can be heard telling an employee to resign by 10 am the next day, failing which he would be terminated and not even be given any pending dues.

While there was no mention of Tech Mahindra in the recording, the HR executive’s profile on LinkedIn showed she was working with the company. However, soon after the story broke out, the LinkedIn profile was taken down.

Tech Mahindra’s statement thus confirms that the incident was indeed related to the company.

The employee, whose name is not known, was asked to resign, as part of the company’s restructuring plan, by 10am the next day, and despite repeated pleas for more time, the HR executive curtly tells the employee that that was not an option and referred several times to the employment contract that gives the employer the right to fire an employee instantly.

“Cost optimization is happening at the company and your name is part of that list. If you can put in papers we will be treating it as a normal exit with June 15 as last working day, if not, we will be sending you a termination letter and don’t expect anything from the company including experience letter or basic salary,” the HR executive is heard saying on the call.

The sacked employee is heard pleading that he was not on the bench and that his performance in the last few years has been good. But he is told that his sacking has nothing to do with his performance but is a part of the company’s “cost optimization” plan. “The company reserves all the rights to talk to the associate to leave the company at any moment paying unpaid basic salary,” the employee is told. (Image- IndiaWires)