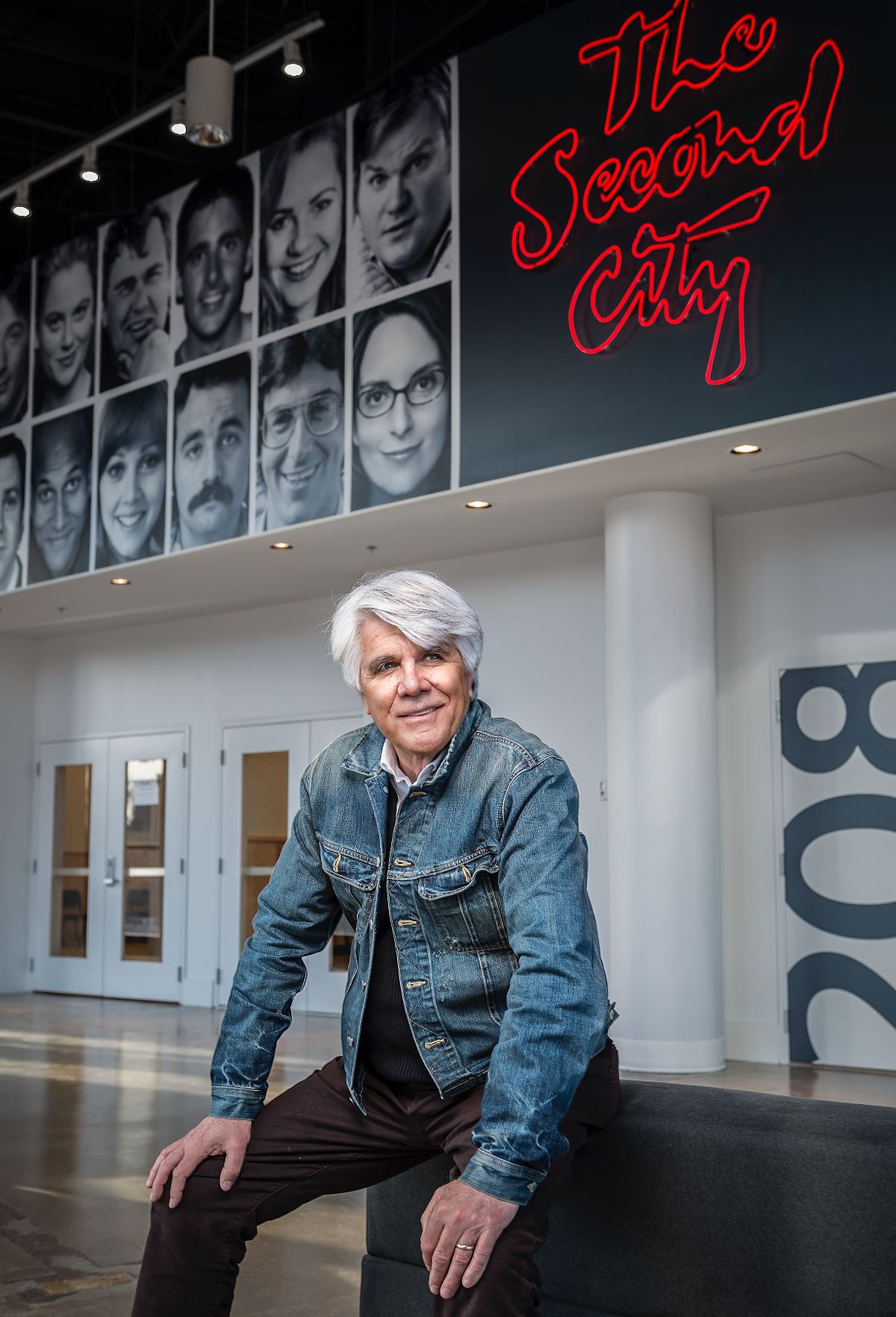 Now semi-retired, Alexander has nearly 50 years of experience with Second City, the Chicago-based comedy powerhouse that has been behind talented comedians who’ve made the world laugh for decades. He has been affiliated with Second City since 1973 and has served as its executive producer, chief executive officer and co-owner.

An Unlikely Path to Comedic Success

Alexander’s path to success has not always been the most direct.

He was born in 1944 in London and relocated to Canada in 1951. He studied business at Tri-State University and Ryerson University and then worked as a cab driver, tree salesman and magazine editor as he explored a career that would take root. He still credits those earlier jobs as shaping his later comedic work.

His moment of inspiration came in the mid-1970s when he ended up in the audience of an improv comedy show in Chicago. The art form resonated with him and the more he watched improve shows, the more he felt the format was one that would bring others joy and laughter.

He took that idea to Toronto, where he began producing comedy shows and took over the leadership of The Second City Toronto in 1974. His shows soon became a big hit, drawing large audiences and becoming a mainstay of the entertainment scene in the city.

The success of his comedic productions led to the creation of SCTV, or Second City Television, named for the Second City comedy troupe that was responsible for much of the great comedy going on in the city. Alexander was one of the founders of the SCTV concept. The comedic sketch series started in 1976 and ran intermittently on Canadian television and, later, American TV stations, NBC and Cinemax through 1984

The SCTV premise was that of a fictitious television station (later network) in the fictitious town of Melonville. An episode of SCTV would parody newscasts, sitcoms, talk shows, children’s shows, movies, and advertising for fake products.

SCTV helped launch numerous comedians who used SCTV as a springboard to greater comedy success. Today, perhaps the most well-known alumni of the SCTV troupe are Eugene Levy and Catherine O’Hara, the Emmy Award-winning stars of Schitt’s Creek, which Levy created with his son, Daniel.

Levy and O’Hara have also starred in a series of movies along with other prominent comedians Christopher Guest, Michael McKeon and Fred Willard, including Waiting for Guffman, Best in Show and A Mighty Wind.

Other notable stars to emerge from SCTV included:

Andrew Alexander was twice nominated for Emmy Awards for SCTV, in 1982 and 1983, in the Outstanding Variety, Music or Comedy Program category. He has also won lifetime achievement awards from the Just For Laughs Festival and Chicago Improv Festival. He was the recipient of the Canadian Comedy Awards Chairman’s Award for Contribution to Comedy.

As a producer, Alexander has developed multiple comedic television series, specials or movies, including several anniversary or retrospectives on Second City. Those productions have included a 162-episode series, Second City Headline & News, which ran from 1996-97, and The Second City Presents: The Last Show Left on Earth, a 5-episode series in 2020.

Despite his initial successes coming from Toronto, Alexander made his way back to Chicago, which is where Second City is based today. In 1985, he acquired The Second City Chicago theater company. Today it is an improvisational comedy enterprise, with multiple comedy troupes performing in Chicago, Los Angeles, and elsewhere.

As Second City grew, Alexander found himself splitting time between Chicago and Los Angeles. During this time, he began pitching, producing,  for some of the biggest entertainment companies, including A&E, ABC, CBC, CBS, Comedy Central, Disney, Fox, NBC, HBO, and Showtime.

Helping Those in Need

Off-camera, Andrew Alexander has been a longtime advocate for those who have helped him to his storied levels of success. Among his most notable contributions have been the creation of The Second City Alumni Fund. Established in 2008, the fund provides financial support to actors and entertainment professionals who are facing economic hardship or illness and to date has raised $750,000.

In 2016, he established the Harold Ramis Film School, the only film school in the world devoted to comedy.

Andrew Alexander’s impact on the world of comedy is vast and multigenerational. For millions of people around the world, he has been the creator of smiles and laughs every day.