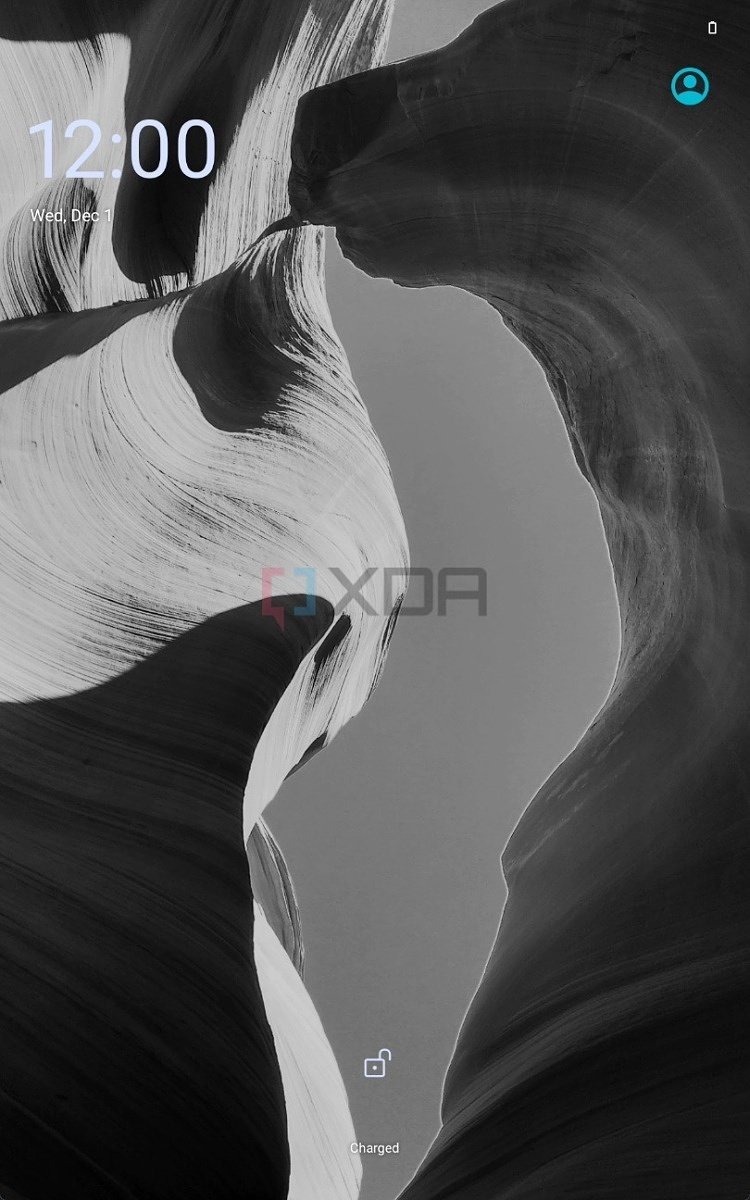 While phone manufacturers prepare to release Android 12-based skins for compatible handsets, Google is already working on its future Android 13 OS, dubbed Tiramisu. Thanks to various screenshots obtained by XDA Developers, we now have our first glimpse at Google’s future Android version.

The people at XDA released a few pictures of the next-gen Android OS in a recent post, obtained from an unidentified source with early access to an Android 13 build. After the stable release of Android 12L, which is targeted for foldable devices, tablets, and Chromebooks, Google is expected to reveal the future Android 13 OS.

The images for Android 13 reveal a few new features that will most likely find their way into the OS, as well as some minor modifications to the software’s UI design.

Panlingual, the first new feature in Android 13, will allow users to select the language per app rather than establishing a universal language for their device’s UI, menus, and applications. 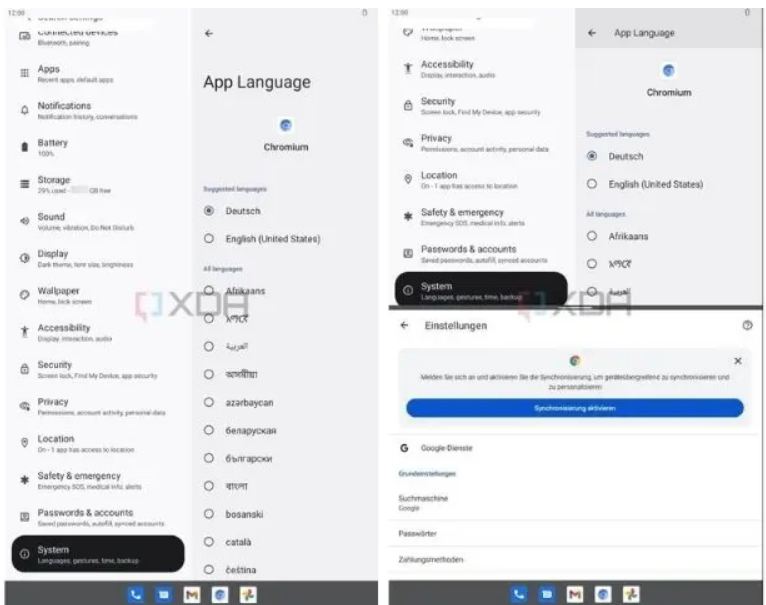 Multilingual users will be able to establish a global language for their smartphone and then choose various languages for particular apps from the App Languages area of the Language and Input settings, which may be a helpful feature. On Android 13, the App Languages option is also accessible from the App Info screen.

To fight notification spam from multiple apps, Google has included a new runtime permission setting for app notifications. According to the XDA report, Android 13 notifications may become an opt-in feature, enabling users to select whether or not to allow an app to send them a notification. 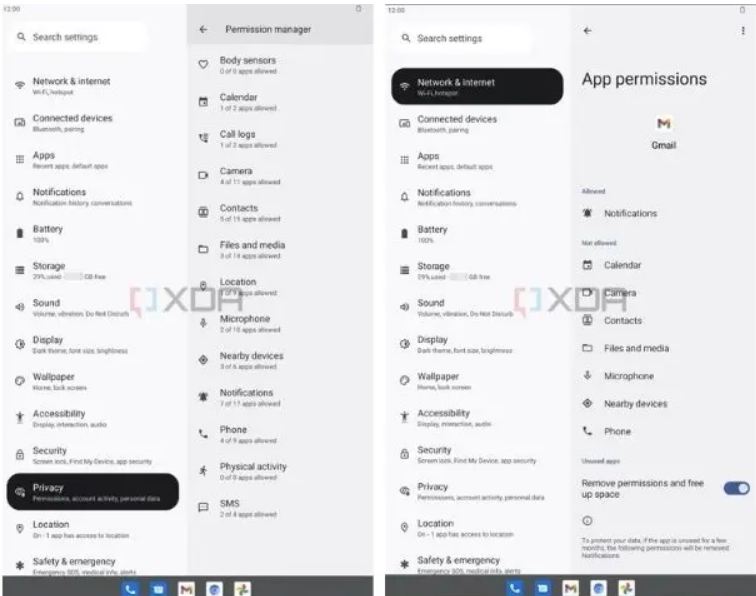 In the App permissions area of the Gmail app, you’ll see a new Notification option, as shown in the picture above. Although the functionality is not now available in any app, it might be beneficial in avoiding apps from bombarding users with continual alerts, which can be quite annoying.

According to the XDA report, Android 13 will most likely include a new feature dubbed The Android Resource Economy (TARE). Apps will be “awarded” a type of cash called “Android Resource Credits” based on how much battery the device consumes. These credits may then be used by apps to pay for certain tasks. AlarmManager and JobScheduler policies are said to be involved. 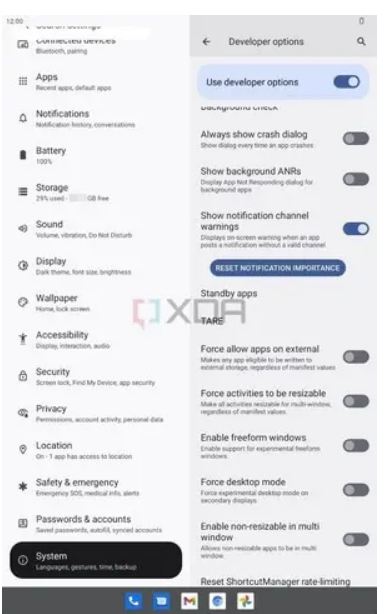 Google hopes to focus on smartphone energy management with this function. As of now, not much is known about TARE on Android 13. According to XDA, it may also include some complexity. As a result, we’ll have to wait for Google to provide additional information on the aforementioned functionality.

Finally, the Android 13 pictures show that Google plans to include a new option to turn off the two-line lock screen clock layout in Android 13.

With the recent Android 12 version, the firm added a two-line style to the lock screen clock, which transforms to a single-line pattern when notifications are received. 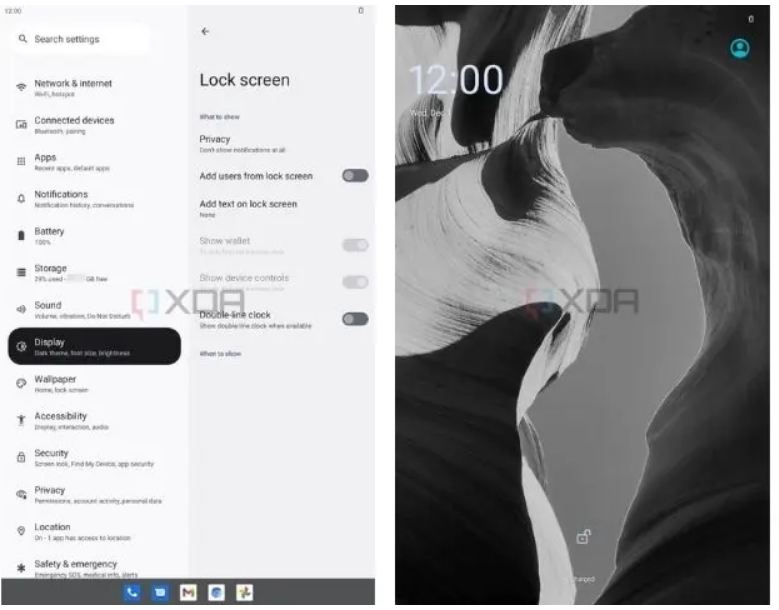 So according to images from Android 13, Google will include a dedicated option to disable the two-line clock layout on the lock screen entirely. The screenshots above show the new clock-layout functionality.

And that’s all we know about Google’s future Android 13 operating system right now. The aforementioned features will most likely be adjusted or eliminated entirely during the beta testing phase, as the screenshots are from a very early edition of the program. Android 13 is expected to be presented during Google’s next I/O conference, which is generally held in May.