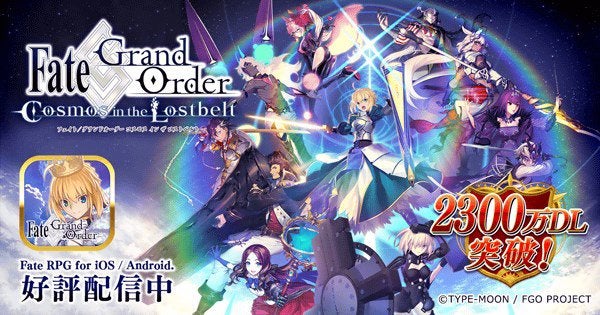 The name of this new company will be announced soon and will be the successor of Delight Works business in the video game industry. According to analyst Daniel Ahmads’ Twitter account, Sony Music generated $ 1.1 billion in revenue from its mobile games last year, the whole PlayStation brand rakes in about $25 billion per year.

For reference, Aniplex is owned by Sony Music, and Delight Works is the developer of Fate / Grand Order.

In the past year, Sony Music, generated approx $1.1 billion from its mobile game segment, which is separate from its $25 billion PlayStation business. https://t.co/ECAS3aADJs

The transfer of control between the two companies will happen by next year. Delight Works will create a separate gaming division and make it a new company, and then Aniplex will acquire and rebrand the new company and convert it into a separate new subsidiary. Aniplex will take over the company and focus its efforts on future goals. The existing subsidiaries of Aniplex include gaming company Quatro A, and North American distributor Aniplex of America, animation studios A-1 Pictures, and CloverWorks. President and COO of Delightworks Yoshinori Ono announced on his blog that he will be moving to the new company under Aniplex control.

Aniplex, an anime company, announced that it has acquired event staff from DelightWorks, developer of Japan’s Destiny / Grand Order mobile sports. Unlike most of the various acquisitions we’ve seen over the past 12 months, this deal is likely to rebrand the developer. Aniplex has acquired full control of the company and the rebrand will be announced at a later date probably next year.

Besides PlayStation Studios, Sony has a number of partners it calls ExDev; which can be best described as independent third-party teams working with PlayStation to create exclusive games for their platform and therefore should not be confused with any in-house developers. However, it turns out that Sony did not complete the purchase: Aniplex (a Japanese music label and anime producer for Sony) acquired Delight Works, a mobile gaming studio. Sony future plans with the Mobile game Dev studio are still unknown so we have to wait for new info too arrive in the future.