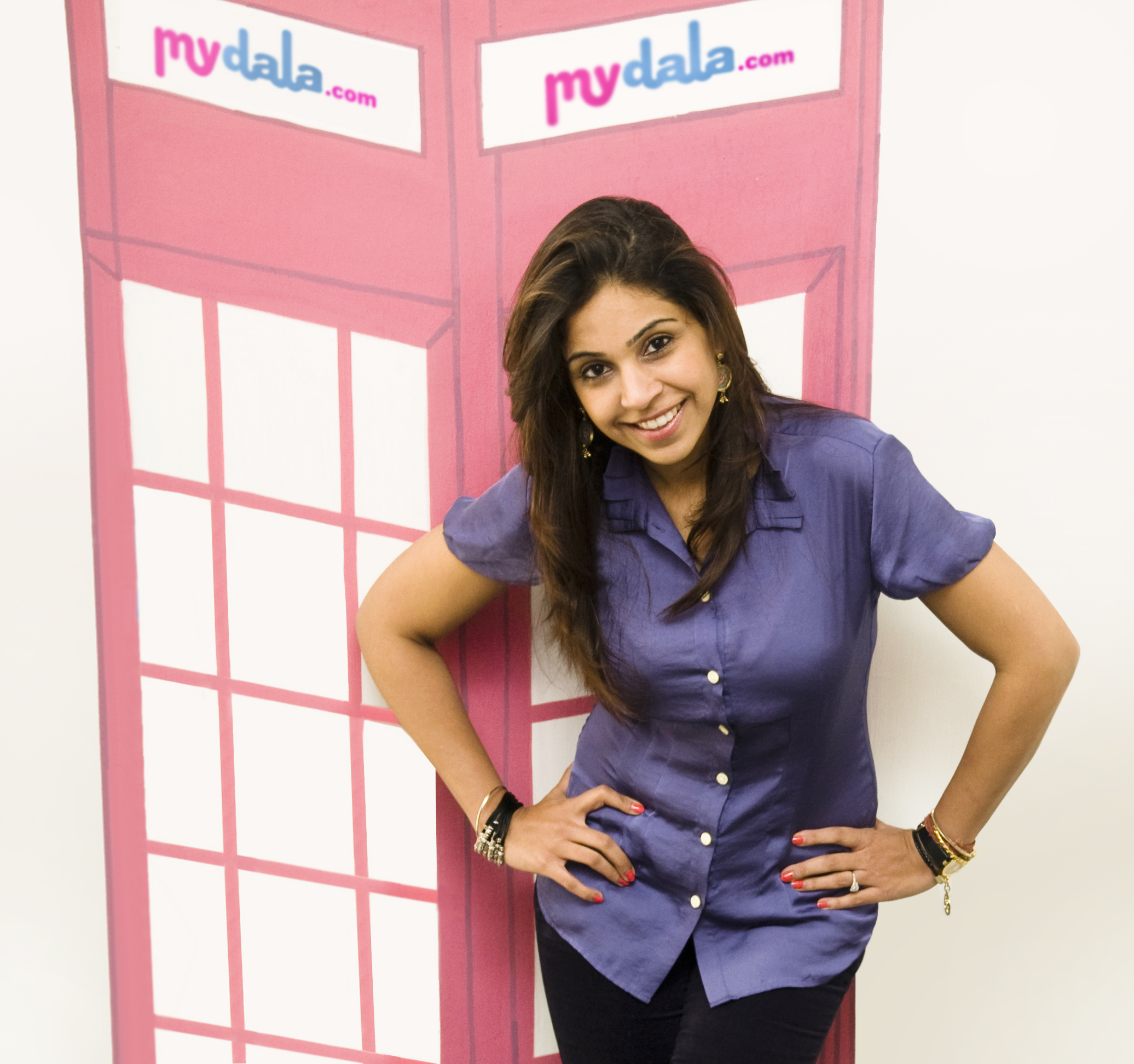 “From outside it all looks rosy but that definitely wasn’t the case for a long time. We just were a determined bunch who weren’t ready to hang our hats. There was a time when things were extremely rough for us but we chose to keep innovating till we hit the right formula for exponential growth. Not Quitting is what makes MyDala what it is today! ”

says Anish Singh, Founder and CEO of MyDala, whose energy and enthusiasm is contagious! Anisha started Mydala in 2009 along with Arjun Basu (CFO) and Ashish Bhatnagar (CTO) from a room in a shared space with a dental clinic. Today looking at the company’s growth trajectory, one can easily see Anisha ringing the NASDAQ bell very soon.

Anisha’s first venture was a company in digital marketing space. For her second venture, when she was looking for ideas she came across the Chinese getting together and getting a discount. The same model seemed to be evolving in the US with Groupon which was still a blog then. Made apt sense to try it in the Indian market where the only thing that had taken off was the experience of hybrid ecommerce in travel where you buy online but have your experience offline.

In 2009, Anisha along with her cofoounders started MyDala, an e-commerce, group buying company .However, in the first 6 months of starting MyDala, it also became clear to them that the main need was on the merchant or business side in terms of marketing. They then built out a platform that helps merchants market themselves over the internet and mobile.

Overtime MyDala has developed into a marketing platform that helps all businesses especially local businesses market themselves via social media, mobile and website. The company helps businesses build brand awareness and drive conversions to them. Local businesses as well as online companies are able to reach their right target user group leveraging Mydala’s various platforms.

Today, MyDala is the largest mobile coupon provider in India, with over a 100000+ retail businesses having used MyDala as a platform in over 196 cities in India.MyDala has been one of the well known success stories in the Indian entrepreneurial space. Analysts do believe that the company might go public soon.

The entrepreneurial bug hit Anisha when she was working for the Clinton administration on Capitol Hill for an initiative to help women entrepreneurs raise funding. Inspired by some truly remarkable women she met during this time, Anisha started her first company in digital content.

Anish has been lauded with a number of awards for her work with MyDala. She was conferred the ‘Women Leadership Award’ at the World Women Leadership Congress in 2014 and the ‘Leading Woman in Retail’ Award in 2012.

About being a woman entrepreneur, Anisha feels that gender of the boss does not make much of a difference in today’s world, at least in the metro cities. Anisha believes that most great leaders have to possess the trait of individuality to become a leader.

“You have to have some vision and determination to go against all the doubt and critics. For women it usually tends to be self-doubt and hesitation that turn out to be our biggest pit falls. Everyone has the occasional not-so-pleasant experience with a subordinate or a colleague that might turn out to be gender-related but it’s really mind over matter. As long as you stand your ground and are strong, you’ll be fine.”

she says. Anisha also believes that women are so much more capable of multitasking.

“The world and definitely this country need more women role models for future generations. It’s only when our daughters hear of more women entrepreneurs will they think it’s the norm rather than the exception.“

” Each day the support structure for entrepreneurs and start-ups seems to be maturing. Although it’s still not the Valley, but it’ has become much better from when we started. There are a lot of angel networks, forums, incubators and support systems that are helping the new entrepreneurs think innovative.”

Any advice for the budding entrepreneurs out there ?

“People will only believe in you when you believe yourself. Never doubt yourself. If you set your mind and heart on something, go do it. What’s the worst that will happen? You’ll fail but that’s not all that bad, you just start over again.”