According to recent reports,  the hacktivist group called anonymous hacked over 300 CCTV cameras in Iran. Read the entire article to learn more about this interesting piece of news.

Recent reports suggest that the after the death of Mahsa Amini, a lot of protests started. “The people of Iran have come to the streets to achieve their fundamental rights and human dignity… and the government is responding to their peaceful protest with bullets,” Iran Human Rights (IHR) director Mahmood Amiry-Moghaddam said in a statement, publishing a toll after six days of protests. While this was happening, the hacktivist group anonymous decided to attack the government regarding its infrastructure. Anonymous is calling this Operation Iran. They hacked 300 CCTV cameras in different parts of Iran and also hacked the government websites.

Who is Mahsa Amini?

Mahsa Amini was a 22-year-old woman who died in Iran due to the savagery of the policemen. They arrested her because she did not follow the hijab regulation put out by the government. The police claimed that died due to natural causes, saying that she had heart failure. Many eyewitnesses claim that the woman was hit by the police car and was also subjected to beating, which might have led to a stroke. Her medical reports that got leaked also led people to believe that she had a stroke and cerebral hemorrhage. She was quite a bold female figure in Iran as she used her voice to bring attention to the violence against women in the country. She was even able to get attention from the United Nations. Her death spurned a cycle of violence against the Iranian government. “Mahsa Amini was a courageous woman whose death in Morality Police custody was yet another act of brutality by the Iranian regime’s security forces against its own people,” Treasury Secretary Janet Yellen said in a statement. Secretary of State Antony Blinken said in a separate statement: “The Iranian government needs to end its systemic persecution of women and allow peaceful protest.” 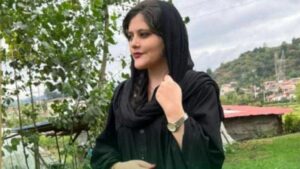 Anonymous sides with the protestors

Through the use of the biggest social media platforms like Twitter, Anonymous confirmed that it’s with the Iranian protestors. The hacktivist group supports them which explains why the recent hacking attacks against the Iranian government were done under the name of Operation Iran. It even managed to hack Iran’s Forensic Research Centre. It is the first institution in Iran to have suffered such a massive hacking attack.