Another relief plane by Salesforce on its way 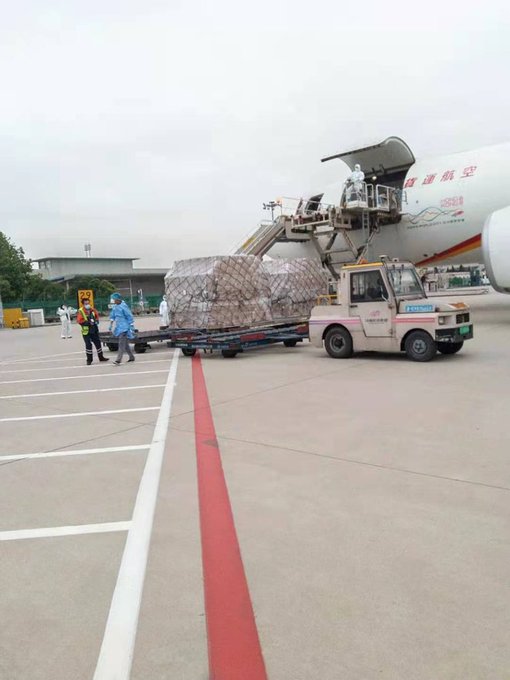 Aircraft by Salesforce, filled with medical supplies and oxygen concentrators being ready to take off to India.

About a month ago, Salesforce, a cloud software company based in Silicon Valley, which is founded and executed by Marc Benioff, announced that as a part of their philanthropy work, it will be sending an airplane full of medical supplies and oxygen concentrators to India.

The announcement was made on April 29 on a US talk show on CNBC called Mad Money with Jim Cramer.

The airplane used for the airlifting of the supplies was Boeing 787 Dreamliner.

After a few days of the announcement, the company tweeted that the first batch of their medical supplies was sent to India on May 10.

The first batch of the supplies did a great work and helped a great deal to the COVID patients.

The company however did not stop working for the good cause here.

Seeing the help the company provided, it decided to send in yet another one of its aircraft filled with medical supplies and oxygen concentrators.

This time, the company collaborated with GiveIndia, an organization that works to provide a link between the companies and health infrastructure.

“Our 2nd relief aircraft on its way to India! @Salesforce and @vkhosla partnered with @GiveIndia to deliver this 2nd plane of much needed oxygen concentrators. Our hearts continue to be with our brothers & sisters in India. May they all be protected, healed, & blessed!” tweeted Marc Benioff while making this announcement public.

Marc Benioff is the founder and CEO of the cloud software company- Salesforce, a Silicon Valley based American company. The company believes in philanthropy work a lot and comes forward for all types of causes.

Marc himself, with his own earnings and fortune has done a lot of philanthropy work and donated to a lot of schools and hospitals in the Silicon Valley where he is based and situated.