Apple Card trends on twitter as users face roadblock while using the same for pre-ordering their iPhone 13.

Apple Card is the talk of the Twitter town today as eager users face a roadblock while using the same for pre-ordering their iPhone 13. The problem is quite widespread and the distress of the users is well reflected on Twitter as Apple Card enters the trending list. Following the event that caused quite a stir among the Apple fans, the iPhone 13 family became available for pre-order on Saturday. However, a good number of customers faced troubles while trying to use the Apple Card to the extent that it became the raging topic of discussion on Twitter. Users are expressing their distress in the form of hilarious memes that have filled every bit of space on Twitter today. 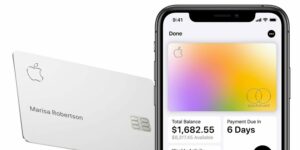 As Apple Card showed the customers a red card during the check-out process, users took to Twitter to vent out their frustration. Being faced with such a roadblock when they are on the pinnacle of excitement is not exactly pleasing. Apple card which was introduced in the year 2019 holds a lot of intrigue among Apple users owing to the fact that it lets the users make purchases with a 3 percent cash back. What is more interesting is the fact that users are able to place their orders using their credit cards. Seems like we never run out of irony. For now, let us flip through the long chain of hilarious memes that have raised their head on Twitter.

Now that is another level of distress.

y’all complaining about apple card when my normal card couldn’t go through pic.twitter.com/vF3IxVslYF

Just two thumbs down. That was rather sweet I would say.

I don’t know what was going on this morning, but as an iPhone Upgrade Customer, who prebooked their upgrade and tried to pay with an Apple Card that would not process that payment, the checkout process was NOT what I’m looking for. Two big thumbs down @apple. 👎🏻👎🏻

Ppl waking up at 5AM to order the iPhone 13 only to have the Apple store not process their Apple Card #AppleCard #iPhone13Pro pic.twitter.com/MmGHNHeQwO

Apple, on whose side are you?

When Apple won’t let you preorder the iPhone 13 with your Apple Card. pic.twitter.com/wScPdgkuZ9

Where the FUCK is my Apple Card

That is not weird at all.

Tim Cook laughing at the people who tried to use they Apple Card to preorder the iPhone 13 #AppleCard pic.twitter.com/xrw1FNazJ3

Perhaps, this is the Universe’s way of asking you to wait.

#AppleCard thanks for nothing won’t get my phone until oct25th. Me trying to process my payment for pre order pic.twitter.com/opRrdwMhWk

Let us consider the silver lining here. You get to inculcate the virtue of patience.

When you can’t preorder an iPhone 13 Pro Max using your Apple Card pic.twitter.com/G2BdfrGTSH

As someone, somewhere said, “Life is full of surprises.”

Not Apple being unable to process iPhone orders with Apple Card 😵‍💫 pic.twitter.com/HYVw463Kva