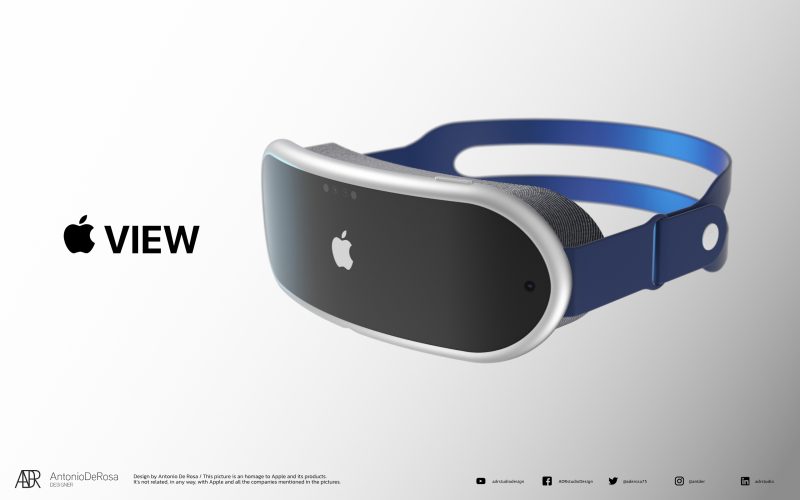 We’ve heard lots regarding Apple’s planned mixed reality and VR headgear, including numerous rumors about what the headset would be like. According to the most recent reports, it is intended to be an entertainment gadget.

Bloomberg’s Mark Gurman stated this in his weekly ‘Power On’ email. The headgear appears to be designed with gaming, media consumption, and communication in mind.

Gurman thinks that gaming “should be a primary feature of the system,” citing its own app store, numerous CPUs, a fan, and a “very high definition display.” Apple, according to Gurman, intends to market the headgear as a “dream for game makers.”

Furthermore, Gurman wants the firm to collaborate with content providers to create material that can be viewed in VR. In terms of communication, Gurman anticipates a VR version of FaceTime, as well as support for animojis.

That all makes sense based on speculations regarding the headset’s hardware. The headset is said to include twin 4K micro-LED screens, Wi-Fi 6E compatibility, 15 optical modules, eye tracking, and a slew of other features all packed into a lightweight design.

We’ve heard rumors in the past that depicted a totally different image. According to prior reports, Apple never intended its mixed reality headset to be a consumer product. However, it was allegedly created to pave the way for Apple’s augmented reality glasses.

The idea was that by having an AR-capable smartphone accessible, Apple could ensure that developers had the chance to build augmented reality apps in preparation for the release of Apple Glasses. That was mirrored in the purported price tag, which ranged between $1,000 and $3,000.

While Gurman’s recent study does not rule out this possibility, the emphasis on entertainment implies that the business would promote the headset as a consumer gadget. After all, it’s tough to get developers and content providers to participate if the audience is limited.

However, most of what we think we know about the headgear is based on accounts like Gurman’s, along with some speculation and wishful thinking.

Apple hasn’t said much about its ambitions for wearable AR and VR technology, other than that it’s on the table. So we’re pulling information together from rumors, leaks, and Apple’s own patents to figure out what’s going on.

We’ll simply have to wait and see what happens. Hopefully, it won’t take too long, since the newest speculations claim the headgear will be available in late 2022.

So expect to hear even more in the coming months. Meanwhile, have a look at our Apple in 2022 predictions for all of the goods we anticipate seeing, including the iPhone 14.