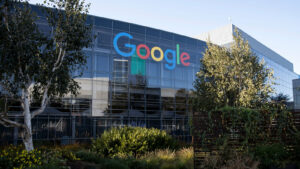 Someone allegedly stole and hacked game designer and author Jane McGonigal’s Pixel 5a after she sent it to Google for repair. This is at least the second report in as many weeks from someone who claims to have sent a Google phone in for repair only to have it used to expose personal information and photos. On Saturday, McGonigal revealed the problem on Twitter, advising other users not to take their phones in for repair with the company.

McGonigal submitted her shattered phone to a Pixel repair centre in Texas in October. She then tweeted that Google had never received the phone, and she was charged for a replacement device in the weeks that followed. According to FedEx tracking information, the device arrived at the facility weeks ago, according to McGonigal. Someone appears to have used the “lost” phone late Friday night, a few hours after she claims she finally received a refund for the device, to complete two-factor authentication checks and log in to many of her accounts, including Dropbox, Gmail, and Google Drive.

Several email security alerts were sent to McGonigal’s backup accounts as a result of the activity. She believes, however, that whoever owns the phone may have accessed her backup email accounts and then filtered any security alerts into her spam folder. McGonigal writes, “The images they opened were of me in beach suits, sports bras, form-fitting gowns, and sutures after surgery.” “They erased my backup email accounts’ Google security notifications.”

“We are investigating this issue,” said Google spokesperson Alex Moriconi. It’s still unknown if the item was intercepted within the repair facility or while in transit, or who currently owns it. Before sending a gadget in for repair, Google recommends backing it up and then wiping it. Still, as Jane McGonigal points out, depending on the damage, this is either difficult or impossible.

The entire event reminds us of the security worries we have whenever we hand over our gadgets for repair, and such behavior has unfortunately occurred before. Apple compensated a lady millions of dollars in June after repair employees exposed her naked images on Facebook. Apple recently announced that it will begin offering DIY repair kits, allowing consumers to fix their own phones, or at the very least have the task completed by someone they trust, rather than shipping it in or dropping it off at an Apple Store.

Official service for Pixel phones is available by mail-in or, in some regions, local service through an approved provider. Google has partnered with uBreakiFix franchises in the United States. Whatever phone you have, your repair choices are restricted, and you’re forced to trust that no one with nefarious intentions will get their hands on it while it’s out of your custody.