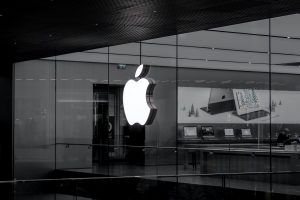 Apple is reportedly on an AI shopping spree. According to GlobalData, a market research firm, Apple bought over twenty companies between 2016 and 2020. In addition to the company, Google, Facebook and Microsoft also occupies the leading positions in the buyouts. Over the past five years, the company has been dividing its focus on upgrading its AI systems. Most of the acquisitions were carried out with the goal of making Siri voice assistant smarter.

Though Siri was the first of its kind to hit the markets, it is far behind in terms of smartness while comparing with Google Assistant and Alexa, its prime competitors. This is one major reason why Apple ranks below in smart speaker sales. However the company is polishing its technological toolkit and working on the matter to address this potential roadblock that keeps it away from its characteristic leading position in the markets. The acquisitions would considerably add to its functionality and help in bringing up the smartness quotient, thereby putting it in line with its competitors. According to Nicklas Nilsson, senior analyst at GlobalData,

As is evident, each acquisition is sharply focused on points that need improvement, indicating the prudence and foresight with which company is working.

The acquisitions are not focused exclusively on the development of the voice assistant. Apple also intends to polish and maintain its stronghold especially with respect to wearables. In addition, the acquisition of Xnor.ai last year was made with the objective of improving its on-edge processing abilities. This is significant since it improves data privacy as it does away with the need for data to be sent to cloud.

Since the company does not announce any of these buyouts, it will be interesting to know how many more of the buyouts were made, that eluded the headlines.

Over the years, artificial intelligence has become a prime point of focus among tech companies. The growing competition has only pushed the companies further to gear up the acquisitions in order to dominate the technological landscape.

As per the GlobalData reports, a total of 60 acquisitions were made collectively by leading companies, Apple, Google and Microsoft, with Apple leading the band with 25 acquisitions over the past five years.