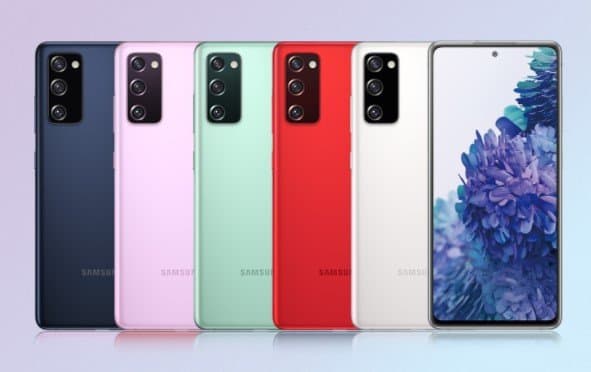 Samsung Teased The Launch For New ‘Samsung Galaxy S20 FE 5G Edition’ In India, On 30th March Next week the Galaxy S20 FE 5G will be launched by Samsung in India. The launch was announced on Twitter by Samsung India and confirmed that sales would commence on 30 March. The 4G version was therefore introduced earlier last year in India.

But we must say it isn’t a rumor with a heavy heart and yes, Samsung announced the start of the S20 FE 5G in India, and now instead of the Exynos 990, the global Snapdragon 865 SoC system will feature the system.

To remind India of the launch date of the new Galaxy S20 FE 5G, Samsung India posted a tweet over Twitter claiming the Galaxy S20 FE 5G is scheduled to go on sale in India, which means Tuesday next week, according to the manufacturer.

All you want, to do all you love. Meet the new #GalaxyS20FE 5G with Snapdragon processor. Sales start March 30, 2021. Register Now: https://t.co/OWyx7p2fPc#MadeForFans #Samsung pic.twitter.com/pkeIkGTKFR

In addition to the chipset update, the smartphone may also be expected to pack the S20 FE in India with the same specs. Recall that the unit has a smooth, 6.5″ Full-HD + Dynamic AMOLED with a refresh rate of 120Hz, an aspect ratio of 20:9, and a resolution of 2400 x 1080 pixels.

It has a front 32MP sensor for selfies. The battery is a 4500mAh device with 25W quick wired charging, 15W wireless charging, and 4.5W wireless reverse charging support.

Currently, it sells on Amazon India for just RS. 36,440. But I won’t suggest the Exynos version because it has bad heating problems.