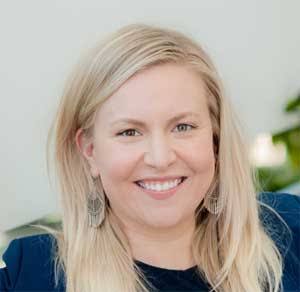 Tech giant Apple has revealed that it has currently placed Ashley Gjøvik, a female senior engineering program manager, on an indefinite administrative leave following her tweets about sexism at the workplace. The US-based biggie has further added that it is currently carrying out an investigation based on her allegations pertaining to a “hostile work environment.”

After she was put on leave, Gjøvik apparently came forward for an interview with The Verge, where she shed light on her accusations about sexism, sexual harassment, unsafe work conditions, and retaliation, in what she calls as a generally “hostile” environment. She added that when she approached Apple directly, asking them to find a solution to the problems, they offered her “EAP therapy and medical leave.”

As if that wasn’t all for Apple, when the female senior engineering program manager called for setting up boundaries and oversight,  all she got was an administrative leave, with an implication that she was no longer welcome on the firm’s internal Slack, where she had previously called out a number of policies at Apple. She is also not allowed to meet up with her female colleagues, maybe over concerns that her claims would rub off on other women too.

Not The First Time

Still, the firm is at least investigating her claims (or so it seems), in what can be thought of as being a start. This is the second time that a probe has been launched following her concerns. Before this, the employee relation team had carried out an investigation into her concerns about sexism, and closed it after they didn’t find anything wrong. This led to Gjøvik making screenshots of her own experience public through Twitter.

Back then, she had responded to a news that many Google employees were offered medical leave or counseling when they spoke up about their dissatisfaction with the workplace environment, claiming that she too, had been subjected to a similar ordeal.

This is just one of many instances of employee activism that Apple has found itself embroiled in, during recent times. Back in May, staff had written a letter to company bosses, demanding the hiring of Antonia García Martínez to be subjected to a full investigation, since he happens to be the author of a book containing some rather questionable opinions on women. This eventually resulted in Martínez being fired that very day. Remains to be seen how things will pan out for Gjøvik and her concerns, this time around.