Apple wanted a cut of Facebook’s ad sales years before stifling it Reportedly, Apple and meta even talked about a Facebook subscription, 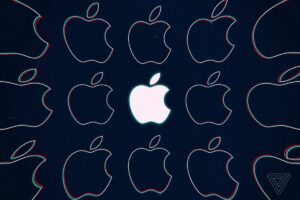 Apple asked for a cut of Facebook’s ad sales years before stifling it.
Source: The Verge

Reports this week specify how Apple was looking to maintain its past healthy relations with Facebook, enough even to profit from its presence on the App Store. As we know, now the tech giant and Facebook parent Meta Platforms Inc do not exactly see eye to eye.

Apparently, the iPhone maker proclaimed that it was entitled to get a part of some parts of the ad revenue for Facebook. The particular advertisements in this case were boost posts, that allowed users to make sure their posts got through to more people. Moreover, the company presented the argument that these posts passed off as in-app purchases, which we all know it takes a cut from. However, Meta asserted that these posts were ads in all aspects, through which the iPhone maker does not get anything. Clearly, Meta’s argument proved to be more successful.

Turns out, a cut from the Facebook parent’s boost sales was not the only thing Apple desired. The Chief Executive Officer of Automattic, the parent company of Tumbr, Matt Mullenweg gave a statement on the matter. He stated how the iPhone maker had given its rejection to a boost-like feature brought forward recently by Tumblr till it finally offered them in the form of in-app purchases.

FWIW, @automattic's boosted post feature on @tumblr (called Blaze), which is in spirit like Facebook's, was rejected until we implemented it as IAP and gave the 30% cut. https://t.co/RnepBh4Mq2

Reportedly, Apple Inc and Meta even had talks regarding a Facebook subscription which would contribute to the removal of advertisements on the social media platform. Additionally, this would also be of advantage to Apple for it would provide it the ability to gain profits from subscriptions bought on the app itself. However, the tech giant clearly failed to arrive at a deal on these ideas regarding the conversations taking place mainly from 2016 to 2018.

Neither of the companies acknowledged any requests for a comment on the situation. Currently, they are evidently of opposite ideologies in the field of advertisements. This is as the iPhone maker promotes the importance of privacy as a prime quality of all its project, with Meta mainly depending on ads for its profits. Additionally, the option ‘Ask App not to Track’ that Apple came up with last year has prominently affected the Facebook owner, causing it to face a loss of $10 billion in ad revenue last year.

About four years ago, executives at Meta thought of suspending them taking information offered from third party data. However, chief executive Zuckerberg, on the other hand, chose to keep the usual practice of data collection intact.