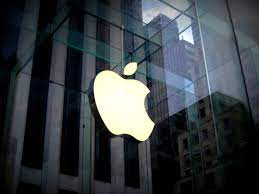 Apple will Increase App Store Costs in Various Nations Across Europe and Asia.

Apple Inc. announced on Tuesday that starting in select countries in Asia and South America as well as the entire euro zone, prices for apps and in-app purchases on its App Store will increase.

The higher costs, excluding subscriptions that automatically renew, will take effect as of October 5, according to a blog post by Apple.

The American technology giant frequently modifies its prices for various geographic areas. Last year, it decreased costs for nations in the euro zone to account for exchange rates and taxes, bringing many apps’ beginning prices down from 1.09 euros to 99 cents.

These starting costs are raised to 1.19 euros as a result of the most recent price increase found at https://developer.apple.com/support/downloads/price-tier-updates/App-Store-Price-Tier-Updates-October-2022.pdf.

The yen, the euro, and the majority of developing economy currencies have all suffered this year due to a sharp increase in inflation, interest rates, and oil prices. This year, the euro hit two-decade lows and has been stuck at or near parity with the dollar for several weeks.

In addition to the nations in the euro zone, Sweden, Poland, Japan, Malaysia, Pakistan, South Korea, and Vietnam will all experience price hikes, as will Chile in South America.

According to Apple, the price hike for some nations, such as Vietnam, was brought on by new rules governing the taxation of consumers.

With the release of its newest iPhones earlier this month, Apple has been expanding its services division to lessen reliance.