American multinational technology company Apple Inc. recently revealed some new internal email threads as part of the Epic vs. Apple trial. These emails detailed how Apple was attempting to convince Netflix to continue using the system of App Store In-App Payments. While Netflix, an American content platform and production company, had different plans, Apple made several efforts to win the former’s favour.

In December 2018, Netflix dropped support for new users sign up for a subscription in the Netflix app for iPhone. A few months before that, Apple was internally trying to convince Netflix to change its mind. As part of the Epic vs. Apple trial, a detailed new email thread has been unveiled, showcasing all the internal communication that took place at Apple once the company became aware of Netflix’s plans to initiate an A/B test focused on the use of the App Store’s In-App Purchase system. 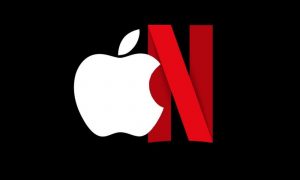 The main issue for Apple was derived from the fact that a higher number of people paying via Apple’s AIP system were ending their Netflix subscriptions than on other platforms. In their internal communication, Apple suggested that this could be due to people getting Netflix gift cards, which would require them to switch to the Netflix website for payment. While Netflix seemed to imply that this was not true, the specific data that would have provided evidence has been redacted.

Moreover, in the email, Oliver asked whether or not Apple should take any punitive measures against Netflix, and how such measures – which would include pulling all global featuring during the test period – would be communicated to the latter. The Apple executives on the email thread arranged several meetings with Netflix to discuss the company’s planned tests regarding IAP. The aim was to reach a compromise for the TV app. However, these meetings did not come to fruition.

After Netflix had started testing its removal of IAP support, Apple formed a detailed slide show presentation for the company in an apparent attempt to convince the company to keep supporting the payment method. The presentation was sent by Chapman in July 2018, merely five months before Netflix would ultimately drop its support of IAP.

Ultimately, Apple’s attempts to convince Netflix to keep using the App Store’s In-App Purchase system have not worked. The streaming company completely stopped supporting the App Store billing for new users in December 2018, and its stance on the issue has not changed since then.