PayPal Holdings, Inc, an American company operating an online payments system, recently reported its strongest first quarter ever as the company’s profits on Wednesday were calculated to be higher than the estimates. This has been attributed to the fact that the recent Covid-19 pandemic has caused a fundamental shift to online shopping and digital transactions – as opposed to real-world stores and physical cash payments – thereby boosting PayPal’s payment volumes and quarterly profits.

PayPal’s impressive performance in the first quarter of 2021 is a continuation of an equally strong 2020 for the company, which also witnessed record levels of payment volumes.

Based in San Jose, California, PayPal has processed an aggregate of $285 billion in payments in the first quarter – which is a 50% increase from the same time last year – and added a total of 14.5 million new active customers. According to Dan Schulman, Chief Executive Officer of PayPal, these positive results for the company highlight a sense of sustained and continuous activity in the business as people becoming increasingly inclined towards the digital economy.

The company has benefitted significantly from the pandemic as more people used its payment services to shop online and pay bills while staying indoors as the pandemic rages on.

Visa Inc., an American multinational financial services corporation and one of the world’s most prominent online payment processors, has also had a similar experience. In a statement released by the company’s CEO, Alfred F Kelly Jr, Visa Inc. is emerging strongly from the Covid-19 pandemic. They were also helped by the significant increase in online shopping.

Venmo, a mobile payment service owned by PayPal, is the latter’s app that allows individuals in the United States to transfer money to each other safely. Venmo announced that it had processed $51 billion in payments in the quarter, which is an increase of 63%. Last month, Venmo also began letting users in the US buy, hold, or sell cryptocurrency through the use of its mobile app. 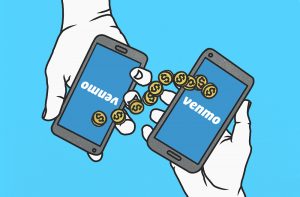 Moreover, PayPal stated that it expected to add approximately 50 million net new active accounts in 2021, with an about 30% rise in total payments volume on both a spot and forex neutral basis.

In February of this year, the company predicted an addition of about 50 million active users in 2021. According to Refinitiv IBES data, it also expects annual revenue and diluted earnings per share ahead of analyst estimates.

PayPal reported a first-quarter net income of $1.22 per share, which has analysts’ average estimates of $1.01 per share. Revenue was also higher than estimates, increasing by 31%.