Argentina’s Economy Minister resigns amidst Peso, Diesel and other rifts.

Argentina, being a part of South America, is also dealing with the economic vows that the continent is dealing with. Inflation, recession, crypto market crash has all added to the pressure for the government of Argentina. Amidst such a market crisis, the economic minister, who happens to regulate the economy of the nation, resigned from his position, giving a big blow to the ruling government in the country. Martin Guzman resigns his position down just after a week in which Argentina’s currency hit an all time low against the dollar. The resignation happens to come at the end of the week of economic turmoil.

Following a deterioration in relations within the ruling coalition, the resignation represented the largest departure of President Alberto Fernández’s administration. Nobody was named as a successor right away.

The resignation’s uncanny effect on the Tether. 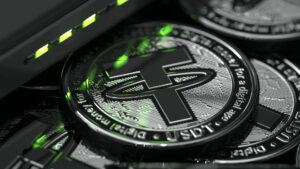 As soon as the minister went on to submit his resignation, the cost of stablecoin from Tether USDT, with Argentine Pesos surged. The price of the stablecoin jumped and reached top in major crypto exchanges. On the Binance exchange, the currency sold for 257 Argentine pesos, an increase of 6.6%. Prices on the Lemon Cash exchange increased by 11% to 279 pesos.

As the economy was in distress and the resignation of the minister hit a fresh blow to the government, the weekend saw crypto market functioning differently in the country. Despite the low trading volumes, the movements may be a sign of traders’ worry regarding the deepening schism within the ruling coalition and their scepticism regarding the government’s capacity to combat rising inflation and other economic issues.

According to the reports, Argentina is one among the nine countries in U.S with highest adoption rate of cryptocurrency. It would not be wrong to say, that the economy is partly controlled by cryptocurrency. As the country moves into deeper economic turmoil, two thirds of the Argentines who actively invest in cryptocurrency say they are actively investing in digital assets in order to protect their savings.

As the minister resigns, the ever-growing economic crisis takes pace. The country is moving into more distress as the news of internal rifts take charge. Even though, the economic situation is not merely stable, the rise in Tether’s USDT is surely a hint that, the cryptocurrency market will be able to revive back in the country and hopefully stabilize the economy.