Crema Finance suspends its activities to nab a hacker

Crypto related crimes are on a rise for some time now. The amount wallets hacked and the funds that’s being sucked out of these accounts is unparalleled. The crypto market is already putting up its worst show and the investors are already in a lot of distress. The crypto crimes are just adding up to the distress to say the least. The regulatory bodies such as SEC, CFTC are working hard to bring up good statutory framework and guideline at least to curb crypto frauds. But to reduce the cyber-crime in the crypto space, the technology needs to be developed. The official technology governing the space has to have more advanced technology than the ones these crypto criminal’s use.

In recent developments, Crema a concentrated liquidity pool on the Solana Block chain, went on to record suspicious activity. They went on to suspend their activities to nab the hackers.

🚨🚨Attention! Our protocol seems to have just experienced a hacking. We temporarily suspended the program and are investigating it. Updates will be shared here ASAP.

From the tweet it is certain that, Crema has faced a hack in its protocol. The Co-founder of the company went on to acknowledge that, the company is determined to nab the person who hacked into the blockchain.

Crema Finance recently acknowledged that, their protocol was hacked and some of the funds had been drained out. Crema stated, “Our protocol appears to have recently been hacked. We are looking into it and have temporarily paused the program. Updates will be posted right away here.” 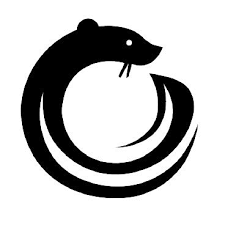 Crema went on to announce that it will be working with OtterSec to nab the guilty. OtterSec happens to be a blockchain audit firm. Crema also said it taking help from other experienced organizations as well on the investigation. OtterSec stated in the same forum that Crema “was recently compromised for about $6M. This hacker drained the pool using Solend flashloans, unlike earlier attempts.

Crypto Community’s views about the incident.

The other members in the crypto community suspect that, the hacker got in and took around 90% of the total liquidity from some of Crema Finance’s pools. The incident surely grabs attention as the market is already in turmoil and instances such as this adds up to the sorrow of the market.

It is important for the market to grow with out any hindrances like crypto crimes and frauds to maintain the trust of people in crypto. Considering the volatility of the market, the investors already have a lot to deal with and dealing with unethical activities might serious make a dent in their minds.