Two young Indians, fresh from college, set out on a journey. Their lack of experience, which makes them unaware of what is possible and what is not possible, will prove to be their biggest strength in shaping what might be one of the most innovative products that the Indian technology space will see in the recent times. They have their hearts set on making a good electric scooter available to scooter riders in India. During their journey they meet a lot of people, some who completely believe in and support their vision and some who tell them that they are chasing an impossible dream. Will the two young lads change the Indian Auto landscape forever ? Will a ‘Tesla for 2 Wheelers’ be born in India ? We will know when electric scooters by Ather Energy hit the markets in 2016.

Here is a look at the story of Ather Energy, the company that is all set to disrupt the automobiles sector in India !

The Electric Vehicles Market in India

Electric Vehicles have been around for a while in our country. However, no company has been able to achieve a breakthrough in this market as yet. No manufacturer till now has been able to create a vehicle that can compete with fuel based vehicles and make electric vehicles a mainstream option for the consumers.

The government of India has recently announced a subsidy on electric vehicles under the faster adoption and manufacturing of electric vehicles (FAME in 2015-16) scheme. Under this scheme, starting 1 April 2015, depending on the speed and efficiency of the vehicle, buyers of electric and hybrid vehicles will get an upfront discount of 1/3rd of the difference between the price of that particular vehicle and a comparable petrol model. The scheme is expected to take forward the UPA governments National Electric Mobility Mission Plan (NEMMP) which is aimed at putting 7 million electric and hybrid vehicles on Indian roads by 2020. Industry experts however do not expect this subsidy to bring about a big upswing in the demand for electric vehicles in India. Most electric two wheeler manufacturers are sitting on the fence trying to look at how market reacts to the new government subsidy.

According to a number of experts, the main problem with electric 2 wheeler adoption in India is that of technology issues and a perception among Indian consumers about the quality of such vehicles besides the various government regulations that restrict the adoption of such vehicles in India. A number of auto manufacturers ventured into the electric vehicle space, however they were not able to create a good quality electric vehicle thus leaving behind a bad taste for the Indian consumers.

Infrastructure for powering such vehicles, battery life, power and performance are other issues on the technological front that the manufacturers of electric vehicles have to come to terms with.

Recently there has been a lot of interest generated in the smart electric 2 wheeler market internationally with Gogoro, a Taiwanese firm, launching a SmartScooter priced at $4100. 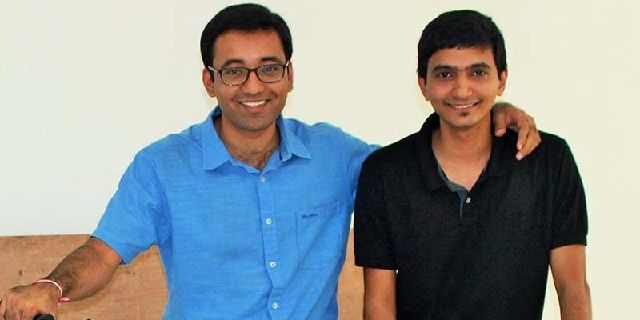 In early 2013, two engineers from IIT Madras – Tarun Mehta and Swapnil Jain were looking to change the electric scooter’s market by looking at what was the technical problem in the product and focusing on reinventing the problem part in the vehicle. As they went ahead with their research and spoke to a number of people in the industry, they realized that it was the complete vehicle that was the problem.

“Most of the electric vehicles that we saw in 2013 were very close to motorize bicycles.  They gave a speed of 25 km/hr, had problems with acceleration, their battery lasted 8-9 hours on an average, needed a change in about 8 months or every 5000 kms, whichever came first. The problem was that all electric vehicle manufacturers were trying to build the next best electric vehicle. No one was trying to build a vehicle that could compete with a fuel based vehicle. That we thought was the main problem here, “

says Tarun. In July 2013, the duo decided to build a complete electric scooter by themselves.

When it comes to electric scooters, technology related to the battery has been one of the main causes of concerns. Ather energy’s lithium-ion battery  is designed to be 3 times lighter and smaller than the current battery packs, these packs will charge up over a lunch break and will be virtually immortal.An integrated on-board fast charger is also provided which will allow for a sub-one hour 80% charge.

The dashboard of the scooter also comes with android based platform which enables navigation, theft prevention and a fully personalized dashboard UI and can therefore be managed from your smartphone also.

The vehicle is expected to be priced anywhere between 60,000 INR to 90,000 INR. The smart electric vehicle is going to be priced higher than petrol powered scooters but the founders are keen on creating a completely new category in the 2 wheeler segment. The company will keep the price of their product lower than 100,000 INR !

The Team Makes It All Possible 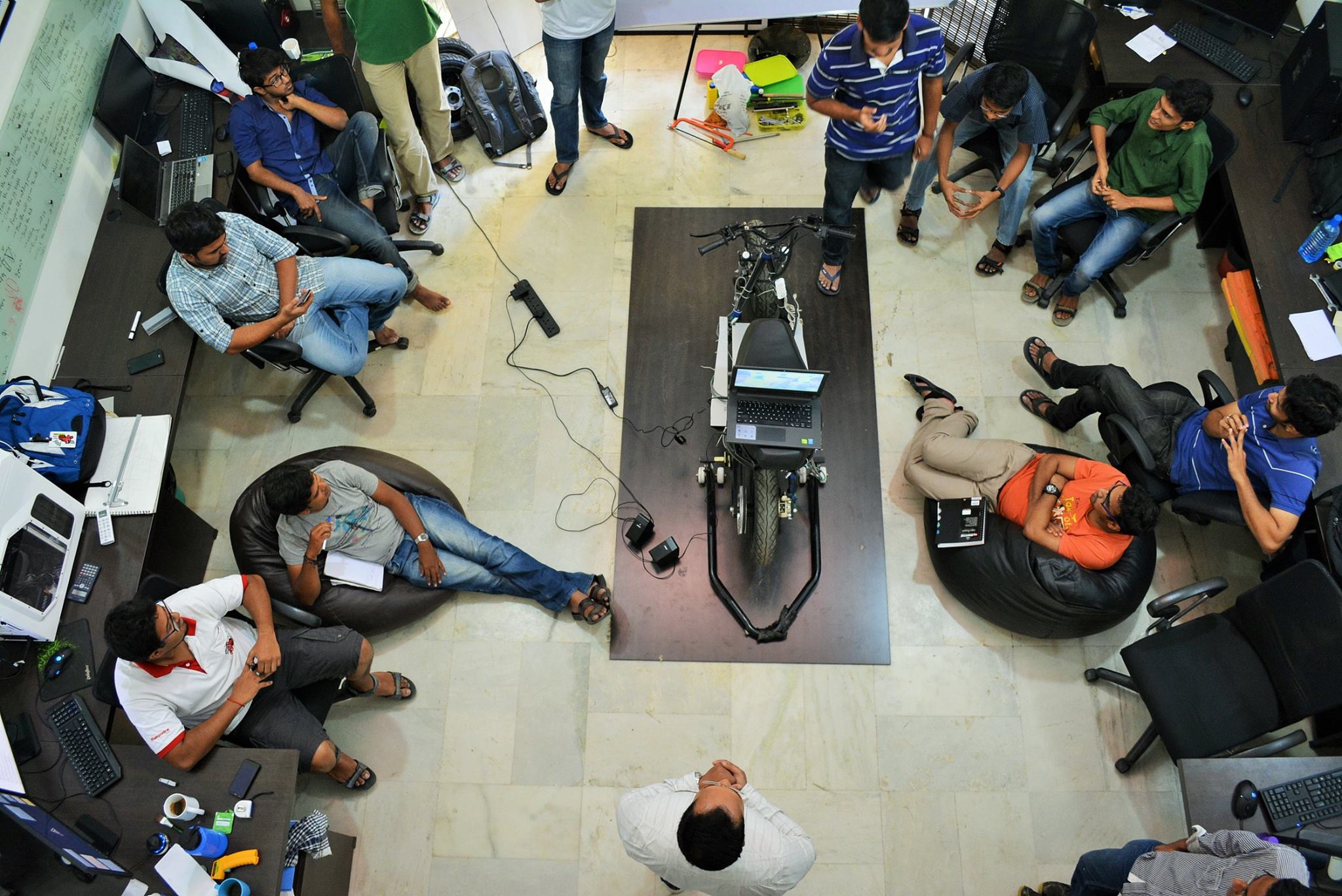 Ather Energy is the brainchild of Tarun Mehta and Swapnil Jain. Both are engineers from IIT, Madras and have started Ather Energy only after a few months of working in the corporate sector. Tarun has 5 patents registered in his name whereas Swapnil has 3.

Ather Energy today is a team of 40 supercharged individuals who are constantly experimenting and building prototypes to put out the best possible product in the market. The company is focused on building a very strong team and is known to pick up automobile enthusiasts typically fresh out of college and experienced in building race cars from scratch.

Getting Funded – Everything Happens for the Better !

Ather Energy is expected to launch its scooter in early 2016, has received millions of  dollars in funding till now and everything seems to be falling in place for the founders today. This however has not always been the case and the founders saw some very tough times trying to keep the company up and running.

In February 2014, the company received its first round of funding from Dr. V Srinivas, Founder, Aerospike. However building a product as grand as this was going to need a lot more funds and  in September 2014, the founders were running out of money again !

Tired of all the rejections, the founders emailed a number of people who had build unconventional businesses in India to look for advice. Sachin Bansal replied first and promised  to connect the founders with some of the VCs. But without a product or customers in place the VCs were still hesitant to put in their money. This is when the founders approached Sachin Bansal and Binny Bansal again to see if they would like to invest a small amount in Ather . The founders would then use the reputation of Sachin and Binny Bansal to secure the $1 million funding that they actually required to sustain. To their surprise, Sachin and Binny Bansal decided to fund the entire amount and this is how the duo secured their first big round of funding.

This funding helped Ather accelerate product development, build a design center and hire a lot more people that were very much needed by the company at that point of time. The funding from Flipkart founders also generated a lot of interest about their company and made other investors believe in their vision more.

The fuel driven two wheeler market in India is really strong and competing in this market with a new product is not going to be an easy task. And the team at Ather Energy is all pumped up to take on this challenge.

“All we have to do is get people interested in smart electric vehicles by putting an innovative and efficient product in front of them. Once people accept us and start using us more and more, there is no stopping us then,”

says Tarun.The vehicle is now ready and fully functional and the company will be offering test drives on their prototypes in  Bangalore in the next 2 to 3 months. The scooter is expected to be launched in early 2016.

After putting the scooter out in the market , the company will focus on creating an ecosystem such as charging stations etc in 2016 and 2017.

Ather Energy seem to be doing everything right at the moment.The founders have their heart at the right place, the company seems to have build a path breaking product, is committed to building an ecosystem for electric vehicles in India, is backed by powerful personalities and is creating a lot of consumer interest in the almost dying electric scooters market in India. All eyes are now set on the launch of the vehicle in 2016. Will the Davids change the future of Auto Industry in India forever ? Only time will tell !