Entrepreneurship & Education in India – The Times They Are Changing ! 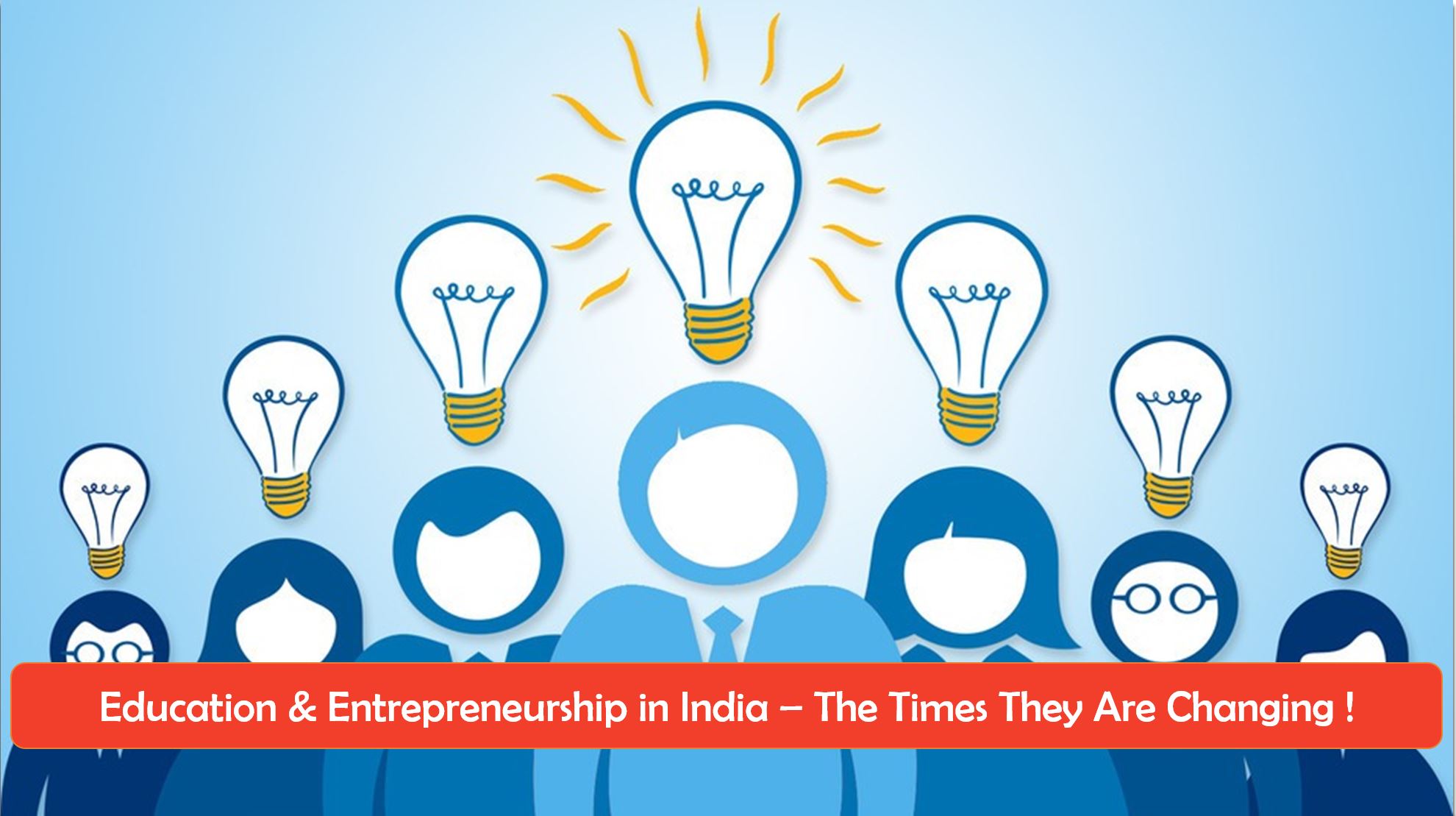 Recently, the government of Kerala announced that it will grant a one-year break  from regular studies to engineering students who aspire to take up the path of entrepreneurship and build their own compaines. When their break ends, these students will be allowed to return and continue with their engineering studies.

On similar lines, prestigious engineering as well as management institutes of India including IIT-Mumbai and Kanpur, IIM-Udaipur, have introduced ‘deferred placements’ for their students.

All these initiatives by colleges, supported by Government of India, are aimed at promoting entrepreneurship among students. A number of efforts like these which encourage ‘The Spirit of Entrepreneurship’ are being initiated by colleges one after the other. After all, Entrepreneurship is greatest asset for any nation’s economy. Services, wealth, jobs, facilities etc. are all created by  these entrepreneurial individuals.

However, Entrepreneurship education in India can be said to be at  a nascent stage of its development process. Till late, ‘tone and tenor’ of entrepreneurship was lacking in Indian Education System. Howbeit, the scenario is changing and stands out to be different now. Several actions have been taken by Indian Government to bring out the relationship between Education and Entrepreneurship. The favorable market conditions and recognized potential of entrepreneurship as a stream of knowledge worthy of research and development is drawing greater attention of policy makers and experts. 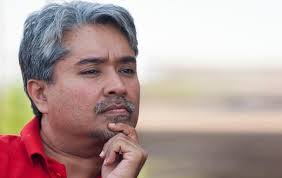 To know more about this trending situation, Techstory interacted with Mr. Ajeet Khurana, an Angel Investor, Mentor and
Business Consultant. Ajeet is an MBA from The University of Texas at Austin and is also the former CEO of the Society for Innovation and Entrepreneurship (SINE) at IIT Bombay.

Excerpts from interaction between Techstory and Ajeet are as below:

Techstory: We are seeing a huge shift in how Indians  from all age groups are looking at entrepreneurship as a career. What according to you has caused this shift and how do you see this trend going into the future?

Ajeet: Since we are coming from a highly conservative background, the small shift that has indeed taken place seems significant. However, I see it as the initial trickle of an upcoming wave. The fundamental basis of the shift has been the security that the middle class feels in being able to fulfill its basic needs. As a result, they now aspire for more. Other enablers have been: the availability of capital, and the strong entrepreneurial ecosystem that has evolved.

Techstory: Colleges are doing a lot to foster entrepreneurship such as setting up entrepreneurship cells, incubation centers, allowing students to take a break etc. How do you think these efforts will impact the Indian startup ecosystem?

Ajeet: The fact that authorities, parents, and grown-ups are demonstrating an open mind about entrepreneurship helps a lot. However, the tendency among colleges to have teachers guide students about entrepreneurship is worrying. Without meaning disrespect, I must point out that most teachers are ill-equipped to “guide” or “mentor” entrepreneurs. Likewise, most incubation centers are run by administrators who have no idea what it takes to be an entrepreneur. So all they can do is spout platitudes about “customer pain point,” “team,” and a lot more blah-blah. Having said that, on the whole, I am encouraged to see that things are improving.

Techstory: Do you think the Indian education system should change to have courses or teaching approach that is more inclined towards “Doing and Practical Application” than a”Theoretical” approach. What other changes should be made in the Indian education space that will foster entrepreneurship?

Ajeet: My big problem with that question is that it presupposes that theoretical is the opposite of practical. That presupposition is fueled by the fact that can people be like Ajeet: score well in a topic (e.g., computer programming) without being able to create anything of value (e.g., a mobile app). I think this does not arise primarily from an invalid curriculum, but from those who are imparting that curriculum. Sure, curricula can be improved. But the screaming need is teacher-training to first make them think about applying concepts. Only then can we hope to have them transmit that to students.

Techstory: India is seeing a lot of startup activity. In the next 10 years where do you think will India stand on a global map in terms of technology and startups space?

Ajeet: I am confident that we will be in the top 5 nations in terms of technology-startups, if not in the top 3.

Techstory: A lot of funding happening in the Indian market. Is it a bubble ready to burst? Your views.

Ajeet: There’s a lot of exuberance in the startup-funding scene, and this has led to some clear symptoms of irrationality. So, I do anticipate some correction. On the one hand I do not see the correction coming in any time soon. On the other, I feel confident that this irrationality has not reached a level that is even remotely close to being a bubble.