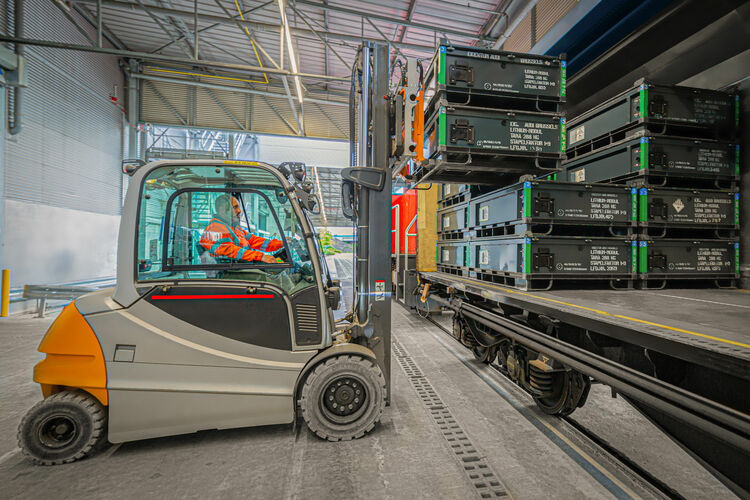 Audi’s Brussels plant will start receiving batteries through train from Hungary. Earlier the automaker used trucks for the deliveries, but now changing the methods. This reduces the automaker’s carbon emissions and saves money as well. This switch only applies between Hungary and Brussels. Other Audi operations continue to remain the same for now. The rail transport route will be completed by the beginning of 2023.

If this is implemented successfully, the other production plants are also to adopt such methods. Battery modules and cells are for the Audi e-Tron and Audi e-Tron Sportback. These batteries will be sent from Belgium. Over the truck, the transportation would mean a 1,300-kilometer-long route. For the demand to be met, 15 fully loaded vehicles are sent every day across Europe. With the switch to rail transport, it is estimated that 2,600 tones of carbon emissions are reduced. The automaker has been working on other sources in other plants as well. For the legs of the route in Austria and Germany, Audi uses DB Cargo’s DBeco plus services. The service sources of power are exclusively from renewable energy sources like water, wind, or solar. So the transport is carbon-free.

The supplier of the battery modules in Hungary does not have its own rail siding. Therefore, Audi AG’s long-standing project partner DB Cargo recently put a logistics center (LC) into operation at the Győr site. At the weather-protected LC, battery modules are reloaded from trucks to rail cars for delivery. The modules are first picked up from the manufacturer by truck and transported from the Győr LC by rail to Brussels. Initially, a lightweight hall was built in the immediate vicinity of the Audi plant in Győr; an additional expansion is already being planned.

In order to meet the high quality and safety requirements for battery modules and cells, the Audi Supply Chain team uses a digital information platform and special sensor technology to monitor the temperature and any shocks in the rail cars. The shift pioneered by Brussels is planned to be extended to the entire company in the foreseeable future. High-turnover components, such as battery modules and cells, will increasingly switch to delivery by rail; by 2025, Audi aims to transport these components exclusively by train. At Audi’s headquarters in Ingolstadt, for example, everything is ready to go for the production of batteries using modules and cells shipped by rail.