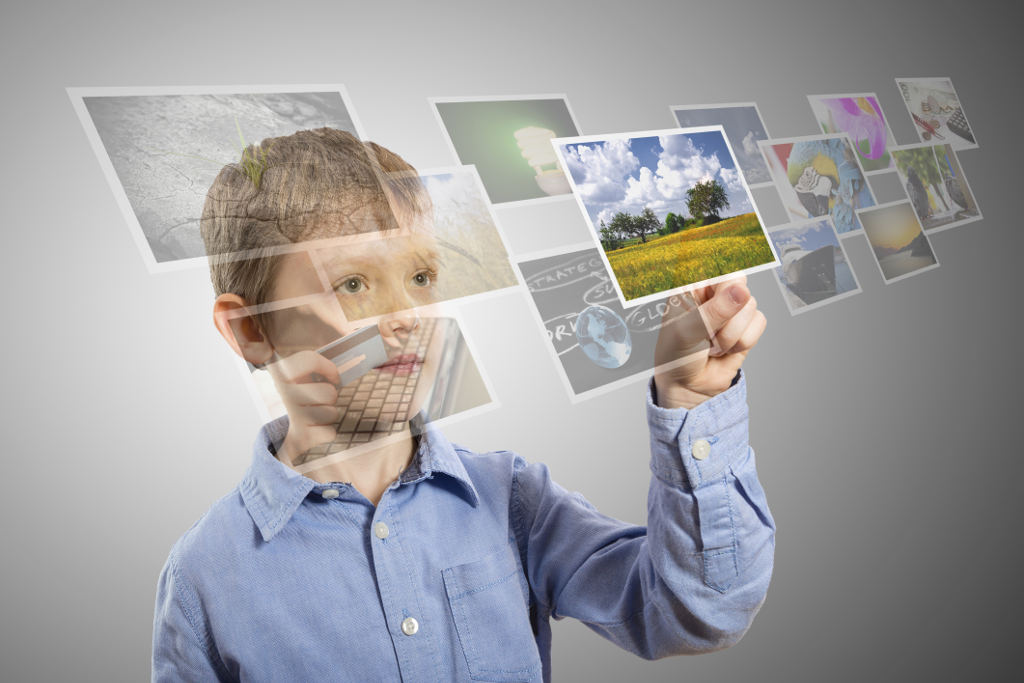 It was not long ago when the augmented reality buzz-word spread across on a global scale, making it viral. However, to do justice to the creators, it was considerably a long time ago when the initial idea was formulated, way back at the start of 20th Century, in 1901 to be precise. Moving ahead in time, the first head-mounted display was invented in 1968 by Ivan Sutherland. The term ‘Augmented Reality’ was actually coined and the technology was made available/researched on a small scale thereafter. It was in 1990 the term ‘Augmented Reality’ was finally coined at Boeing by researcher Tom Caudell. Let’s not digress towards getting into the history of it (important points have been covered), so moving on further.

The exponential technological advancements towards the end of 20th Century and during the dawn of 21st Century led the world towards mass globalization, at least for the tech-frenzies if not at the behest of cultural integration, which is now highly anticipated by the end of 21st Century. To our advantage, the technology as it stands for direct consumers, specifically in the smartphones and other advanced peripherals market, are now effectively catering to the masses, and is continuously aiming to do so, of course, at the price of affordability and entertainment, suit as may.

Internet Of Things – An “Age of Ultron” In The Making ?[/box]

With the advent of augmented reality and virtual reality mediums, the world has only come closer to exploiting the true potential of the small pocket beast, the smartphones as concurred. They carry immense technological benefits for consumers of all ages and interests. I particularly correlate the mobile device acting as a small beast with various supporting accessories and applications as the beauty surrounding it, only to be gazed at and used by those who find it attractive to explore further and exploit it to their best potential. Beware though, overclocking the beast may not be a good idea, unless you have a super cooling system intact.

According to a Market Intelligence firm Tractica, Augmented Reality App annual downloads will reach to 1.2 Billion users worldwide in 2019, which is up from 272 million in 2014 alone. While the count of active users (cumulatively) is expected to increase from 135 million users in 2014 to a whopping 2.2 billion users in 2019, which is approximately an yearly growth rate of 175%. It further projects towards a market size of $1.6 Billion in 2019 for the AR mobile apps specifically. 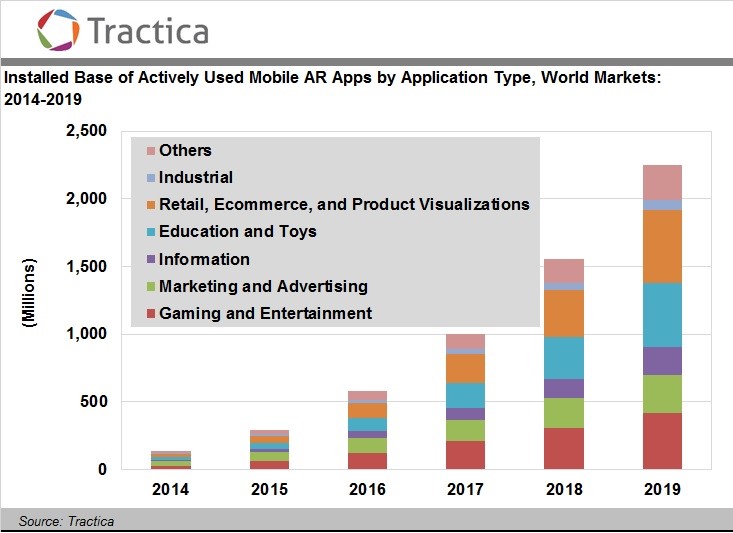 The major source of active users come from the Gaming and Entertainment industry. Retail, Ecommerce, and Product Visualizations along with Education and Toys Industry come in next while generating higher usages rates of mobile AR apps. With the exponential increase in mobile users YoY, this data holds of immense value for companies trying to and evolving to make a strong footprint in the AR domain. While there are major global players who are actively trying to innovate and provide user props of tremendous value, small players are making their best to actually solve a pain point.

For instance, look at the Education Industry, companies all around the world have created value product offerings to provide quality learning experience for learners of all ages. While major players have their own dedicated teams and M&As taking place to innovate in the AR and VR space, this recent update will summarize it for you, $150 Billion Augmented Reality and Virtual Reality Market 2016-2022 – Trends, Analysis & Forecasts. Blippar Inc. is one such company which has recently spread their wings in the Education space by partnering with Avanti Learning, to make Periodic Tables Blippable as the first step.

In the education sector specifically, the users are finding the offerings to be engaging & effective, and it is helping them learn more efficiently and motivating them to explore the knowledge pool further, which is the aim, thereby enhancing the overall learning experience. In this age, a collaborative effort by leaders and innovators can together create ample opportunities of solving first order problems to enhance the learning, entertainment and selling opportunities to create an evermore enriching world, with continuous efforts to solve and foster the culture of innovation.

Augmented Reality Startups in India – An insight into some “fundoo” Products!![/box]

Market shifting towards AR was a long forgotten dream, which is now slowly coming into its ready shape for reasons well understandable, majorly as it provides us with the right mix of interactions with the real world instances through an added layer of virtual medium to further provide us revelations that we were long looking forward to, and were initially out of our reach to be comprehended fully. To learn more about it, check this short video to help you in understanding the concept and what value it brings in the Education Sector.

Hope you enjoyed the article as much I enjoyed writing it. Do share your comments and points to start a healthy discussion around it, and hopefully I would try to answer some of the questions raised. 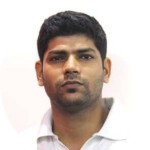 Gaurav Dhar is the Product Research and Marketing Engineer at Simulanis.

Simulanis is a Delhi-based Startup focussed on providing Augmented & Virtual Reality Solutions to cater to the Education Sector, with their offerings ranging from K-12 to Higher Education along with Corporate and Vocational Sectors.