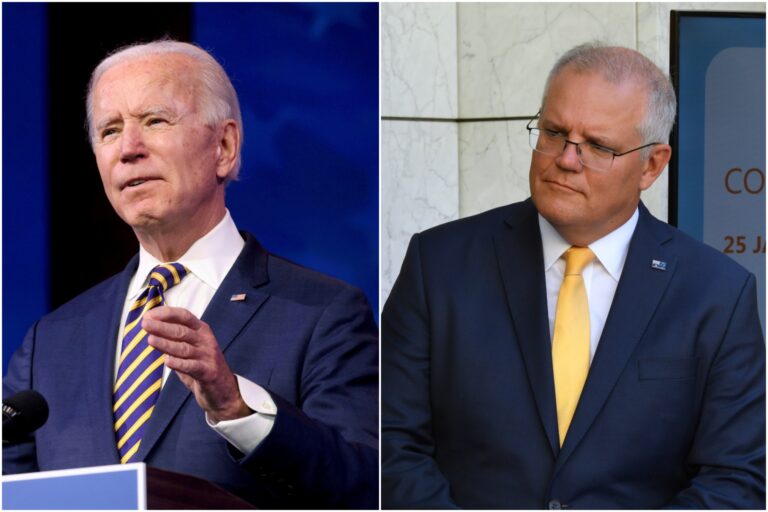 Is China in trouble? Australia Prime Minister, Scott Morrison is headed to the White House on Thursday

Australia Prime Minister, Scott Morrison has been an influential Prime Minister in the history of Australia and as a crucial responsibility of heading an entire government, it is important to maintain good relations with other countries and form allies, especially at times of political crisis.

According to recent reports, Scott Morrison is headed to the White House on Thursday to announce an alliance with the United States and the United Kingdom to develop technology to tackle China.

The news has recently been confirmed by @Zerohedge on Twitter and we can’t help but predict that this is going to be a civil war. China has been playing solo for the past several months against nations and driving its own force to become an international monopoly which has made countries like India, the United Kingdom, and the United States very angry.

This is big: Australia Prime Minister Scott Morrison will on Thursday announce the formation of an alliance with the US and the UK to develop technology to counter China: DT

Recent reports suggest that Australia Prime Minister Scott Morrison will join forces with President Joe Biden to tackle this China situation and the United Kingdom along with other nations is going to be a major part of this crucial plan.

Nevertheless, this Thursday will be the first meeting between Australia and the United States since President Joe Biden first took his oath. As it can be assumed, new administration means new relations but for the record, the relationship between Australia and the United States has been good for over a century now and it is safe to assume that under good leadership these two countries will remain allies.

China, on the other hand, is allegedly trying to form its own alliance with the Afghanistan government which is currently held captive by the Taliban militant group. This alliance could be threatening to the United States and other nations but only until Biden decides to ‘play it cool’.

Well, in my opinion, that resonates with thousands of diplomats, it is good that Scott Morrison is giving President Joe Biden a fair chance to re-affirm the relationship between the two nations, and with crucial events like the Afghanistan situation at hand and China’s politics, it is very significant for nations to form allies and fight for the greater good.

Other than this, China has been playing “groundless” and “hypocritical” to act responsibly in the cyberspace unit and Australia is simply not accepting these flaws. The Morrison government is also joining hands with the US, UK, and other countries to tackle China’s malicious and unethical cyber activities intended to dig out sensitive information. The Biden government is equally pointing fingers at China and if the formation of this alliance goes through on Thursday after Morrison’s arrival in the White House, China’s reputation among nations will drastically scale down.

What do you think about this Australia – US alliance, will it be enough to counter China’s actions? Do let us know what you think because your opinions are the voice of TechStory.