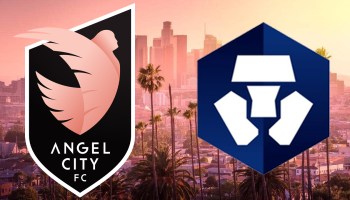 The Australian Football League (AFL) and Crypto.com (CRO/USD) announced a new five-year agreement on Sunday evening. Crypto.com will function as the Official Cryptocurrency Exchange and Trading Platform of the AFL and the women’s AFLW leagues as part of the agreement.

AFL is pleased to partner with Crypto.com

According to the press release, the AFL is the first Australian-based sports league to work with Crypto.com. The NHL’s Montreal Canadiens, Paris Saint-Germain Football Club, and the NBA’s Philadelphia 76ers are among the global sports franchises that have previously partnered with Crypto.com.

Meanwhile, Crypto.com has partnered with the AFLW, making it the first elite women’s sports competition to do so.

In a news release, AFL Chief Executive Gillon McLachlan stated that he is “delighted to partner” with Crypto.com. Customer and Commercial Manager, AFL Executive General Manager Kylie Rogers went on to say:

Crypto.com has partnered with a number of elite sporting codes across the world and the AFL is proud to be the first Australian sports league and elite women’s competition globally to work alongside an organization that shares our passion to progress the future of elite sport and technology.

In a news statement, Crypto.com Co-Founder and CEO Kris Marszalek stated that the company is “dedicated to investing in Australia.” In terms of cryptocurrency adoption, the country is regarded as a “major market leader.” He continued, ”

The AFL and AFLW are ideal venues for us to connect with Australian sports and culture. It is by far the most popular spectator sport in the country, having been played for almost 150 years and bringing Australians together in a way that is truly inspirational.

In addition, according to Crypto.com General Manager Asia & Pacific Karl Mohan, 53 percent of crypto investors in Australia are female. As a result, the recently announced collaboration “will connect well with all football enthusiasts” across the country. The executive continued, ”

“We couldn’t be more pleased with the timing of this collaboration, which comes at a time when more Australians are becoming interested in cryptocurrencies and the Australian government is putting in place rules to protect consumers while stimulating innovation.”

Also read: GateToken: Everything you need to know