Rio de Janeiro is set to be the first Brazilian city to purchase Bitcoin as a digital currency. Policymakers taking such a step will result in more flexible frameworks that will stimulate further crypto development. 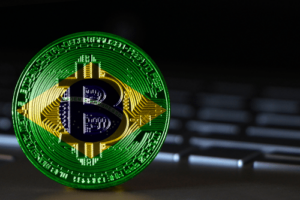 Rio de Janeiro, a beach resort city, plans to invest 1% of its Treasury in Bitcoin. Eduardo Paes, the mayor of Rio de Janeiro, has promised to develop a cryptocurrency called “Crypto Rio.”

“We’re going to start Crypto Rio and put 1% of the Treasury into cryptocurrencies,” says the CEO.

Paes, who also announced the formation of a working committee to explore crypto-related policies, said: The ambitious concept comes after Miami’s pro-crypto mayor Francis Suarez developed the city’s own cryptocurrency, the “MiamiCoin.” He then divided the proceeds from MiamiCoin, a Bitcoin-based cryptocurrency, to the city’s people.

According to the local press, Eduardo Paes announced his plans during Rio Innovation Week on Thursday, during a conversation with Miami mayor Suarez. The goal is to replicate Suarez’s Miami activities and turn Rio into a crypto hub for the country.

In addition, the mayor said that people who pay with Bitcoin will receive a 10% discount on taxes such as urban building or land tax (IPTU). In Brazil, an IPTU tax is a federal tax that applies to urban property. The municipality collects the tax, which is based on the property’s considered sale price.

According to a public opinion poll on national taxes and problems published by RAP – Brazilian Journal of Public Administration, the IPTU tax is the second most disliked by Brazilians. Many Brazilians took to social media to express their frustration with the country’s different levies. “Aside from income tax, Brazil has a lot of taxes,” one Twitter user said.

Having said that, the Central Bank of Brazil (BCB) released research in October revealing that Brazilians had total crypto assets worth $50 billion.

Brazilians purchased cryptocurrencies worth $4.27 billion in 2021 alone, according to Portal Du Bitcoin, and profited $496 million in August. With the country’s inhabitants embracing Bitcoin and other cryptocurrencies such as Ethereum, a property tax reduction for Bitcoin owners would be extremely beneficial.

Rio will be a pioneer in Treasury investment in crypto assets, according to the city’s secretary, Chico Bushes. He explained, “The idea is to take companies from this universe outside of the South Zone.”

Despite the popularity of the concept of Crypto Rio and the resulting investments and attention, there are still legal concerns. It’s worth noting that, even if the crypto asset in question is created, issued, and managed by a government, it’s handled the same way Bitcoin is in terms of legal and taxation.

Furthermore, once payments from the city’s reserves produced by these projects begin to be made, it will undoubtedly have ramifications for both the organizations and persons involved.